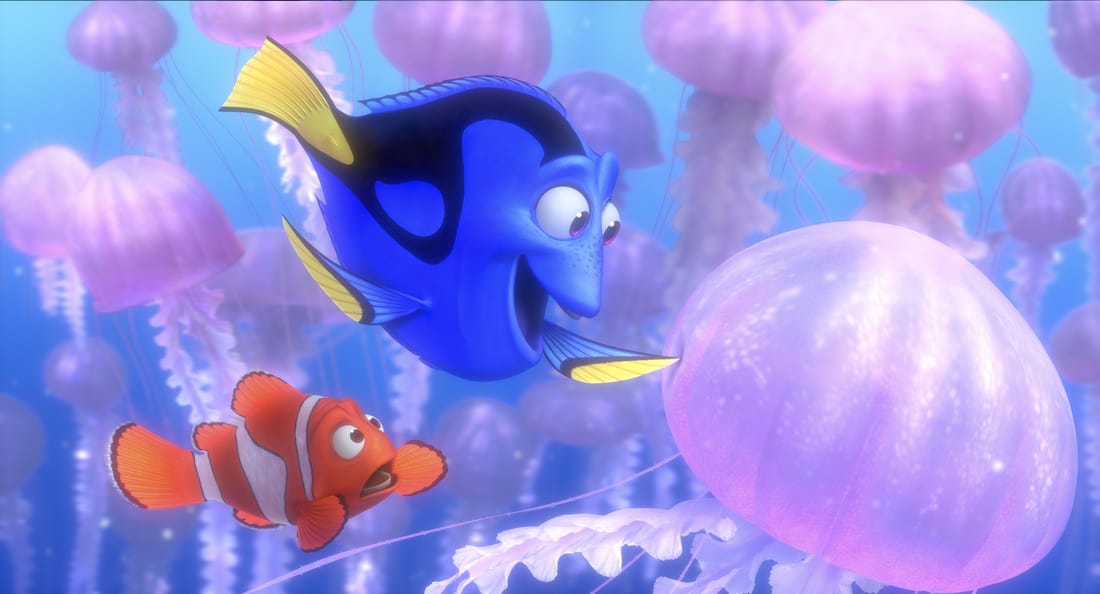 I don’t know about you, but in our house – Nemo is a big deal! That’s right, two full grown adults sit around and watch Finding Nemo – a lot. It’s a breath taking film, with a great story. We’ve watched it so much that some of the lines of the movie make it into regular conversations in our house! At least once a week I’ll look at the cats and say “Go on… jump on him!”, it’s a normal thing around here.

So, when we heard Finding Nemo was coming out in 3D we were excited. I don’t think either of us saw it in the theater when it came out originally. And why not in 3D? There are some parts that would be great in 3D!

We were invited to check out Finding Nemo in 3D last Saturday at one of my favorite local theaters – The Palladium in Birmingham. It was a sparkling presentation of one of our favorite movies in a beautiful theater – who could turn that down?

Besides seeing your favorite characters larger than life, where you could reach out and almost touch them the preview had a few other perks. There were several young children in the showing, and some had obviously never seen a 3D movie. You could hear them “ooh” and “ahh” as the movie came on – one even said “Mommy it’s coming out of the screen!” It was a magical viewing of the show for children of all ages.

Have you seen the new Trailer for Finding Nemo 3D? It is a movie your kids will love if they haven’t seen it yet! It is now open in theaters across the US and is definitely a crowd pleaser!

By Becky 23 hours ago

The Next Thing You Eat Examines The Food Industry Post Covid