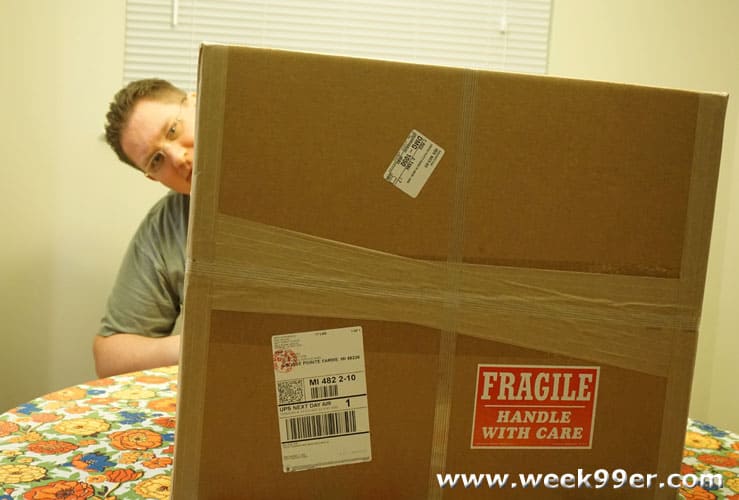 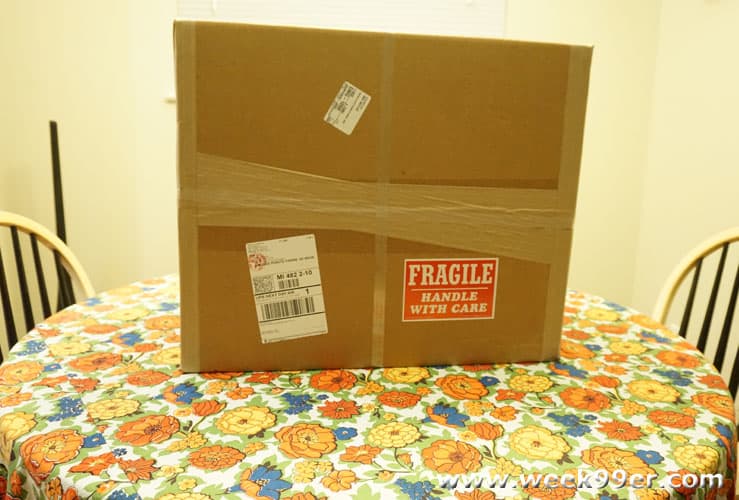 What happens when Disney, Lucasfilm and 20th Century Fox release all 6 of the Star Wars movies on HD Video? Besides total awesomeness – they sent us a box of secret goodies to unbox and share what’s inside with our readers. It had to be good since it was going along with the Star Wars after all. 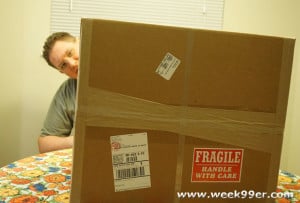 Now, we expected something the size of a Nerd Block to show up – just slightly larger than a shoe box. So when this showed up – we were shocked to say the least! What the heck could be inside this box – and Fragile!?

As soon as we opened the box we got a clue and we found a ton of great Star Wars themed goodies that we can enjoy ourselves, can be used throughout the house and even had a toss back to nostalgia with a remake of a toy I had as a kid. The box had so much in it – we couldn’t believe it. The kicker – we found out they forgot something and that’ll show up tomorrow!

Check out our unboxing video below – and a little bit of my Star Wars memories, and a little more of my Dork side. Don’t forget that you can get the STAR WARS: The Digital Collection on Digital HD today!

Full shot of the goodies in our box – Thank you so much to Disney, Lucasfilms and 20th Century Fox for this great box and we’ll follow up with what shows up tomorrow as well! 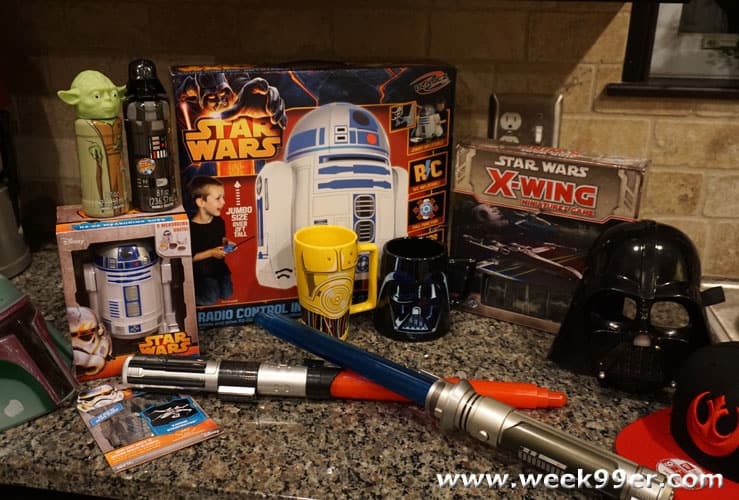