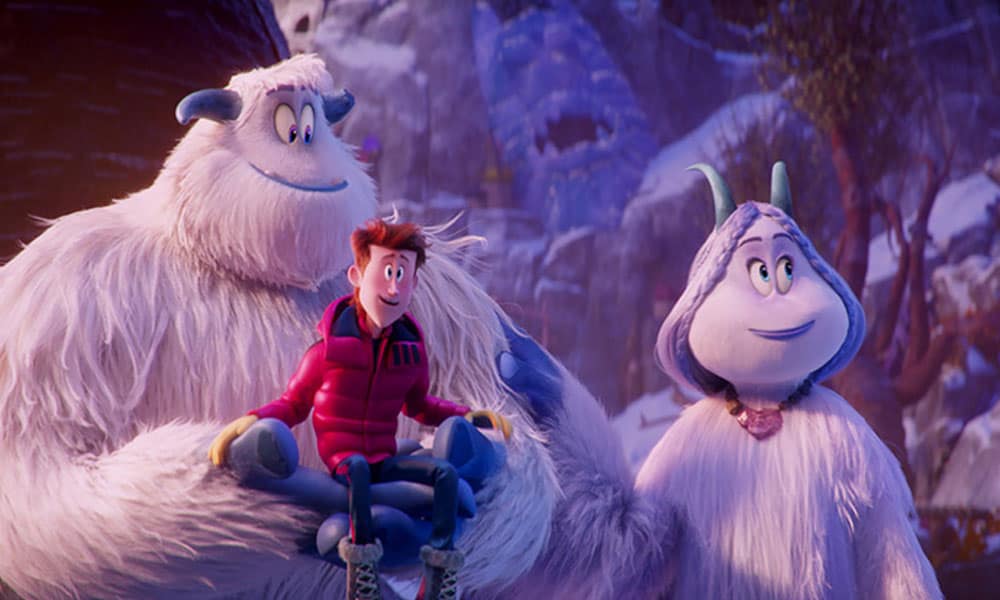 In a world full of myths and mystery, it’s time to learn a new one – the one of the Smallfoot. Told from the point of view of the Yetis that live in the mountains, Smallfoot is their version of a mythical creature that has, well Small… feet. The Yeti live in a world above the clouds that is held up by magical beasts. They live by set rules, customs and rituals that keep their world running. If one is broken, the giant snail wont bring the sun in the morning. That is until they actually find a Smallfoot and everything changes.

Overall the movie is fun, cute and the music is one that will have you tapping your toes. There isn’t anything super scary for smaller children, and it is one that will keep them entertained throughout the whole thing. The only issues we saw were some similarities to other previously released animated movies in the past few years. The main small foot character physically resembles Johnny from the Hotel Transylvania series and the movie over all had a similar feeling to another recent animated film. But it was unique enough that kids wont notice the similarities.

Smallfoot is in theaters now, and kids will enjoy a new twist on the Big Foot story! 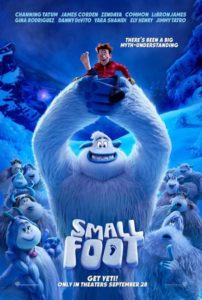 An animated adventure for all ages, with original music and an all-star cast, “Smallfoot” turns the Bigfoot legend upside down when a bright young Yeti (Channing Tatum) finds something he thought didn’t exist—a human. News of this “smallfoot” (James Corden) throws the simple Yeti community into an uproar over what else might be out there in the big world beyond their snowy village, in an all new story about friendship, courage and the joy of discovery. Starring Channing Tatum, James Corden, Zendaya, Common, LeBron James, Gina Rodriguez, Danny DeVito, Yara Shahidi, Ely Henry, Jimmy Tatro. Directed by Karey Kirkpatrick. (WARNER BROS.) This film is rated PG.