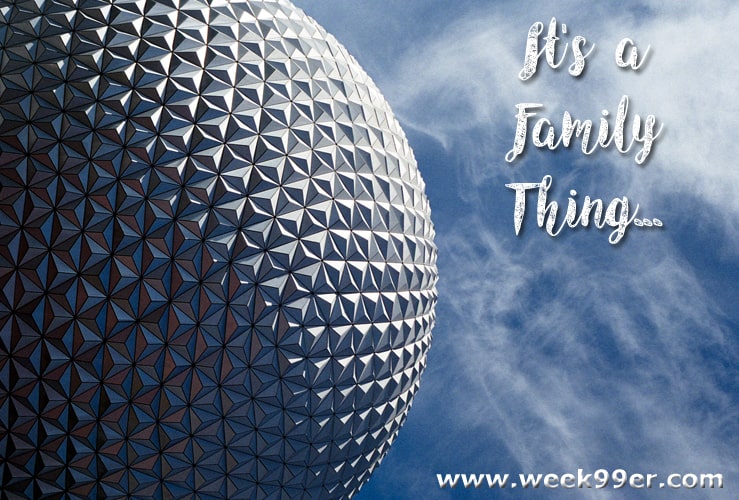 Every year at the beginning of April people tend to play pranks on their loved ones. We’re not the type of family that wait until April 1st to play tricks on each other, instead, we tend to pull pranks on each over all year round. From the time we were kids, our parents always played tricks on us and told us those little white lies that parents tell their kids. I’m not talking about the “you need to eat your vegetables so your hair will grow” kind of lies, but the ones that they are still laughing about to this day.

My grandfather told my mom growing up that horses that were laying down in the field were dead – something she believed for several years. It’s this sense of humor and goofiness that has been passed down through each generation. It’s this little bit of humor that proves that we are family and never take life too seriously. It’s the same reason I told Goonie that if he kept eating pickles he’d turn green like the Hulk – I did have to tell him shortly after that it wouldn’t since he quickly became obsessed with checking his skin in the mirror to see if he had turned green.

But no matter what happens over the years, there is one joke my parents played on my sister and I that we will never forget – and they still laugh about whenever it’s brought up. My first trip to Walt Disney World (and only so far) was when I was 7 and my sister was about 9. We saved up for this trip – we were staying for a week! And we had a whopping $100 to spend at the shops (at 7 that is huge). But our whole car ride down from Michigan, our parents told us the only way kids were allowed into Epcot was if we wore mouse ears. We fought them the whole way and told them that was insane. But after two days in the car, they convinced us we had to wear the black hats with ears or we wouldn’t be allowed in – it was a rule that all kids had to follow.

On our first day at Disney, we walked into the park wearing those black mouse ears. As we walked in we looked around and noticed that none of the other kids had hats on. We turned around at and looked at our parents in horror as they both were laughing to hard at us. It’s a story they still laugh at to this day. But don’t worry, we did get a bit of payback on the teacup ride later that week ;).

What lies have you told your kids? Or did your parents tell you?

Thank you for reading a story from #BehindTheBlogger Hop. Every 2 weeks a group of bloggers is given a writing prompt. These prompts are very open ended, so our bloggers can write about whatever they desire. The main rule is that their blog post directly relates to the topic of that week. The point of this hop is for our readers to get to know us on a personal level.

Please hop along and read all of the blog posts in this weeks hop. Just click the links below. If you want real and raw emotion, then you will find it here. After you read each post, please comment and share. We want to get to know you too!

5 Steps to Writing Movies Reviews Like a Professional Critic

5 Job Ideas To Work With Seniors

Health and Wellness Tips for Firefighters

5 Ways to Use the Internet for Your Auto Business

6 Things that Make For a Great Car