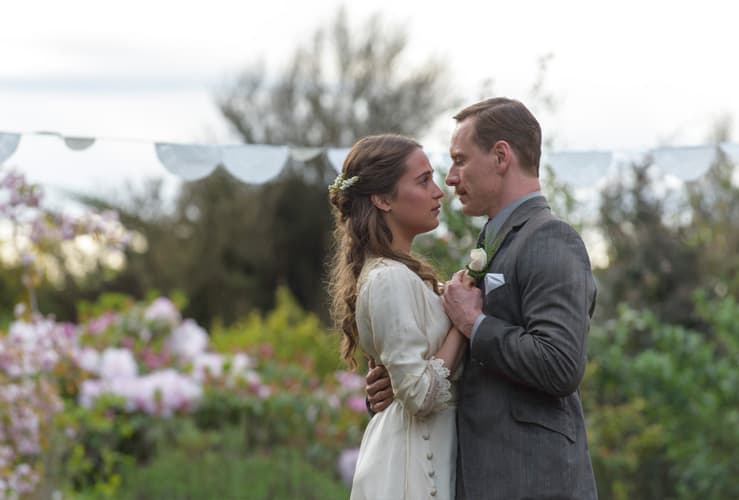 Today the screen adaptation of the M. L. Stedman’s 2012 novel The Light Between the Oceans is in theaters nationwide. The movie is well over two hours long, and while it has some fantastic landscape shots – the rest of the movie didn’t keep our attention very well.

I went to the sneak preview screening of The Light Between the Oceans with high hopes for the movie. The trailers for the film intrigued me. However, within the first few minutes of the movie I found myself bored and wondering how long the movie would be (I didn’t know yet that it was 132 minutes). The shooting of the film focused a lot on weird close ups, a lot of reading of letters over and off centered shots.

While the focus of the movie is the love story between Isabel and Tom, it also focuses on their decision to take in an infant that washes ashore with a dead man. Raising Lucy has a big impact on all of their lives as well as that of others. The acting by Michael Fassbender as Tom Sherbourne, Alicia Vikander as Isabel Sherbourne and Rachel Weisz as Hannah Roennfeldt is fine – it just seems the movie needed a major pick up in pace and several scenes are gratuitous and could have been cut. And even with the strong acting cast, the veteran actors were outshone by Florence Clery as Lucy as a child. She is, and should be the main focus of the movie, but the acting of a toddler should not be the main strength of a movie.

We left the viewing of The Light Between the Oceans disappointed, but I wonder if the movie was actually written for major fans of the book rather than the viewers. If you loved the book, the movie may be the perfect adaption for you. However, having not read the book – I left with a feeling the movie would be great on Lifetime or Hallmark, and watching it could have been saved for a Redbox rental or even watching it on Netflix.

Tags: entertainment one, movies, The Light between Oceans, Touchtone Pictures