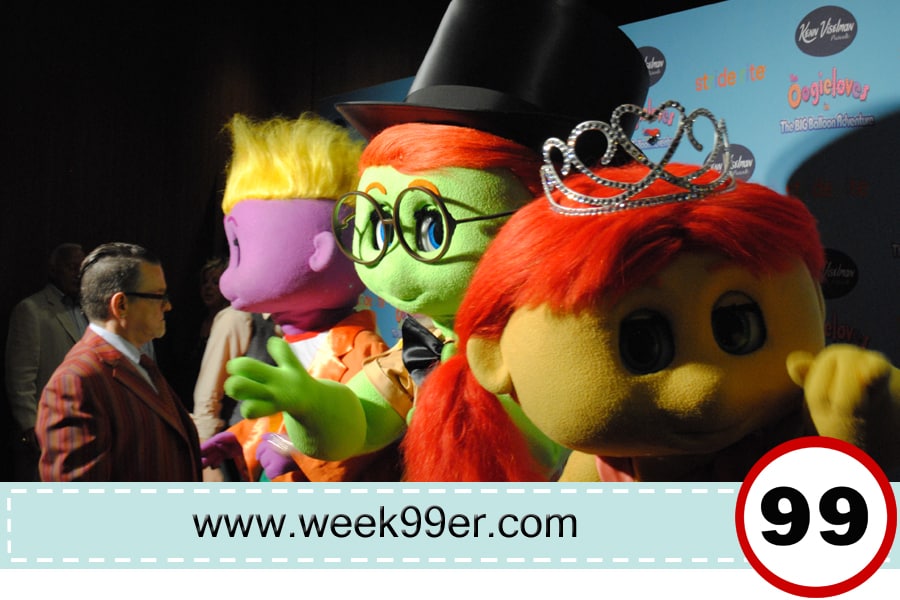 How old were your kids when you took them to the movies the first time? My nephew went to his first movie at 2, he loved Cars, so when it’s sequel came out that was going to be his first movie. He lasted about 15 minutes in the movie, even now he doesn’t sit through a whole film. Sound familiar?

We take little balls of energy to a movie, and expect them to sit down and watch it like we would. Have you ever watched them watch a tv show? They’re up, they’re moving – bouncing, talking and playing. So much so you might turn it off, since you couldn’t watch it that way! But they will yell that they were watching that, and turn it back on.

Instead of expecting the little energy balls to watch a movie like we would – why not make a movie for them? One that they can enjoy, is safe for them to watch (I’ll explain that more in a minute), and they can get up and dance, sing and even talk back! 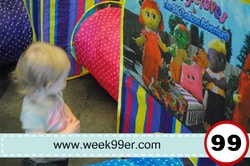 Last week I was invited to the local Detroit Premier of The Oogieloves in the Big Balloon Adventure. Since my nephew had a busy week at Daycare I invited my friend and her daughter to come with me. Her daughter, Grace is only 17 months old and had never been to a movie before last week. And my friend hadn’t heard of the Oogieloves until I had invited her to come with me.

In the main lobby were play tubes for the kids with the Oogieloves on them. Just to keep them busy until the pre-party and movie started. Grace had never seen the Oogieloves before, or even heard of them – but she was instantly dawn to them. She kept cicling back to the tubes and just staring and “ooo’ing” at them. 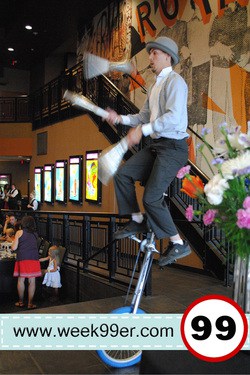 Before the movie started the lobby of the local theater was turned into a large pre-party. There were jugglers, and clowns, balloon artists and yo-yo masters. It was a fun circus environment.

There also was a private party area filled with snacks, pizza, hot dogs, and rootbeer floats! Kids were invited to enjoy any of the snacks they wanted and they could even bowl for free!

The clowns kept the kids entertained until they opened the door – playing volley ball with a large beach ball! Grace thought this was one of the best parts. Almost as good as seeing the Oogieloves on the Red Carpet before the party! 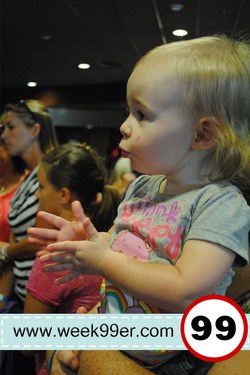 Why the big party? The Oogieloves movie was filmed locally! They are one of the films that took part of the Michigan Tax  Credit for film makers.

The majority of the crew, and even the actors were local workers. The movie brought thousands of dollars to the local economy and made sure that hundreds of Michigan workers were employed. That is something I can get behind!

The Oogieloves was created by Kenn Viselman. You have probaby seen some of his other works if you have kids. He was the marketer behind Thomas the Train, Eloise and the Teletubbies. He’s been working with kids and kids shows for years now, and he obviously has the right idea. 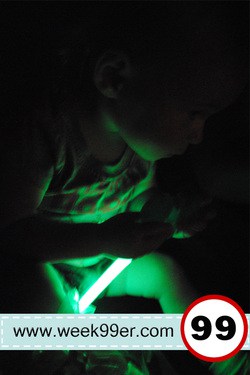 The Oogieloves was created around the idea of Love. Originally it was created for children ages 3 to 6, as a safe movie. Yes, I said it again – safe! What do I mean? While there is conflict in the movie (minor conflicts) there aren’t any scary parts. Your kids wont be scared out of the theater. They can relate to the characters and maybe relate to what they’re going through. They are finding that even older kids are enjoying the movie! It gets them up – moving and dancing!

I can’t tell you much about the movie for another couple weeks – but I can tell you Grace love it. Remember this was her first big movie experience, and she was locked on the screen the whole time. It kept her attention through the whole movie!

The Oogieloves in the Big Balloon Adventure comes out on August 29th (Oogust 29th) and is the first ever interactive film!

Want to get involved with the Oogieloves? They have some great things happening!

Enter the Oogielove Photo contest and you can win a private screening of the movie for 100 of your closest friends and family! 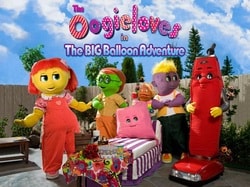 You can view the Trailer here:
Find the Oogieloves Online: