Over the past few years we’ve seen a surge in microbreweries around the state. They quickly seem to be multiplying and offering different seasonal drinks and options for pretty much every taste out there. But what most people don’t know is that the first brewery in the state of Michigan is in Frankenmuth, it also holds the claim as being one of the oldest in the nation. 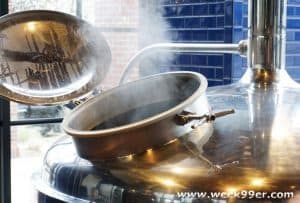 Sure, the German heritage of the area makes it an obvious location for the first brewery in the state, but the Frankenmuth Brewery stands in the same location today as it did when it first opened in 1862. The original building is gone due to storm damage, which meant a multi-year rebuild. But the new location still brews several different ales, as well as serves as restaurant and an event space. The full functioning brewery currently has 38 ales on tap, not including their homemade root beer and all items are brewed, packaged and served on location. 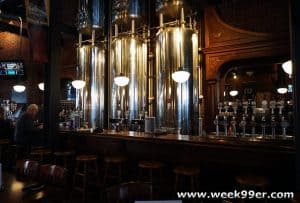 One unique thing about the Frankenmuth Brewery is in the layout. The upper level has a larger restaurant area as well as a view of three of the current brewing vats. You’re welcome to order off of the menu there and enjoy a drink. However, you cannot take your drink to the lower level since it is classified differently. The same food and drink offerings are upstairs, but the lower event space has a different liquor licence which allows for a wider selection for parties or meals. Enjoy either level and expect to get a great meal and a drink or two. 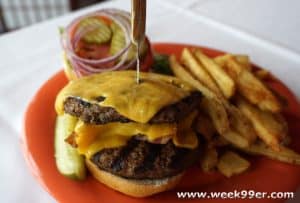 The Frankenmuth Brewery is right on Main Street and just down from the main tourist area and if the drinks wont have you coming in, the food definitely will. Not only do they offer build your own pizzas, pastas, burgers and more, but they also offer a pretty extensive gluten free menu. Yes, your gluten free burgers will be on a bun instead of in greasy lettuce! Their fries are gluten free, and they even offer gluten free pizza, cupcakes and other selections. While the beer at the Frankenmuth brewery is most definitely not gluten free, their root beer is and quite delicious.

From a friendly staff, an interesting history and great food – the Frankenmuth Brewery is a great place to stop in, when you’ve had your chicken fix down the road. Don’t miss out on dessert, they have you covered there too!