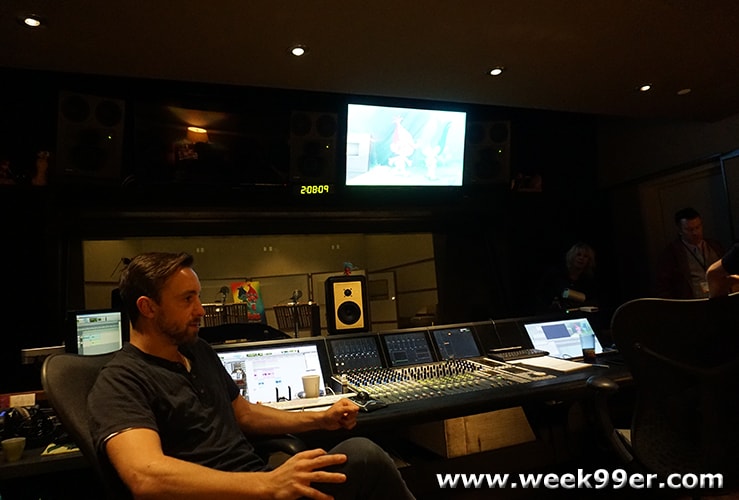 I don’t know that it gets easier, but every time I end up going into a sound booth to do a voice over session I feel my heart beating heavily in my chest. I end up doing them and may not show it on the outside, but inside it is a nerve wracking experience for me. Why? I’m not exactly sure – since I can lecture in front of large groups without any issues. 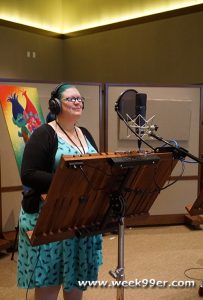 Inside the sound booth we’re given lines from an upcoming episode and time to practice it. But once in the sound booth it’s just you and the lines. You can hear lines that are set up and the ones you’re suppose to say. It’s a balance between the material and the inflection they’re looking for to make sure your voice actually matches the cartoon that they have drawn.

I’m sure for some people it may get easier as they go, but I always feel that rush and nerves before I get into the sound booth. But at the end, it’s amazing to hear your own voice over one of the characters and on the screen. That doesn’t change over the time, and it is still unreal hearing my voice as part of a cartoon!

So here it is – me as the voice of Poppy! Be sure to check out the show when it lands on Netflix later this week! 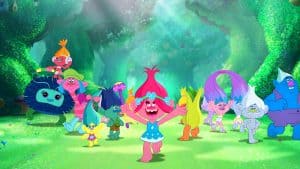