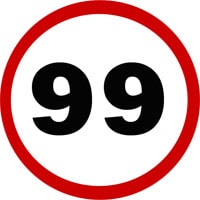 Since I’ve started couponing my boyfriend has been very supportive. He has already benefited a lot from my couponing – several of his favorite snacks are suddenly in our house. Before I never would buy them for him, mostly because they’re too expensive for my budget. But now he’s has some snacks he loves, food he’s never had before and even better all those body washes (ha ha).
One thing he hasn’t done yet is gone shopping with me since I’ve started couponing. That is something he leave’s to me and Jamie. He has sat in the car when I ran inside Walgreen’s really quick to grab something. But never has he cared about the coupons – that is until yesterday – want to guess what the coupon was for? FOOD of course! Food – the way to the man’s heart!

When I got the mail yesterday there were a couple random ads mixed in with some that I wanted. But in the middle was a tabloid side ad for National Coney Island – one of his favorite places to go to for breakfast. There was a $2 off your total bill coupon. I left the ad on the counter for him to see and he grabbed it and said “Perfect since we’re going their tomorrow!” This is a trip he loves, but not one I care for – there isn’t much I can actually eat there. I use to love their pancakes, but their off my diet because of my allergy. I take a portion of his omelet and order some sausage and that’s it.

So this morning we went out and got what he wanted – his Coney. Unfortunately he didn’t read the full coupon – it was off of a $10 purchase – our total bill is never $8.00. So when I read that to him on our way there his response was “What? I’d have to spend more to get the bill in the same place it would be anyhow- nevermind” I lost him. But it was nice that he had a coupon moment.

It’s nice to have someone to share it with sometimes. Jamie and I enjoy our (now) weekly get-togethers. We’ve known each other since Middle School or Junior high, use to have sleep overs. Over the years we have disconnected and reconnected after we both relocated to this side of the state. We reconnected a couple years back and quickly became Market buddies heading downtown Detroit to the fruit market. Over the last couple years we’ve enjoyed being only 20 minutes apart in the metro area.

Jamie is the one who calls to get me to sign in to get her that freebie, since she can’t on her phone. *Side note: Facebook mobile (m.facebook.com) actually has a “desktop” view so you should be able to get to those apps on your phone now!* Jamie and I enjoy the hunt of the deal and we share the joy of getting all of the goodies we can for our households. My boyfriend and her husband… they just don’t get it. While they appreciate it, they don’t enjoy it as much as we do.

Lately it’s been raining a lot here, you may have seen me post about all of the rain on facebook. Or even the picture of some of the damage. I consider myself lucky that we’re in that minority who didn’t have major damage to their home. Our house is old – so you would expect we might have some issues.

Our house is old, not ancient, but old. It was built in 1942, in the post-war era for the Soldiers returning home from war. It is a cute bungalow, with the original details: Original pointed arches, original wood floors, original asbestos shingling, original single pane windows and original lack of insulation. The house has a few great features, like a milk chute and a canning room – neither of which are in use for their intended purpose!

Please take note of the “original single pane windows and original lack of insulation”. What does that mean for us in Michigan where the temperature goes from -30° F to 90°+ F. It means smart management of our house, space and what we have here. In the winter we live upstairs, sleep in the upper level masters bedroom and frequent the living room, kitchen and office. In the warmer months (these start in April according to my boyfriend) we move downstairs. Our house does boast a finished basement, thankfully with a tile floor and several different rooms -canning room included. One of the great parts of our basement is a large room that could be used as a living room, and I think we had it that way at once point. But now it doubles as a bedroom.  We save money this way by not wasting money on Air Conditioning- the basement stays a temperate 65 degrees, and in the winter we keep the heat around that temperature.

So all of that rain had me concerned. Wednesday night when we had our major rain storm come through we had a small trickle happen, but the basement handled it well – the river went right under the bed down there and down the storm drain. But no major happenings. Let’s face it our house is almost 70 years old, so for being that old and nothing major to happen- we’re happy.

But because our house is so old we only have one small linen closet that is only 2 feet wide and one foot deep. One month of couponing has already taken it’s toll! Stacks of things are already taking over. So my goal now is to find a new home for the stockpile. My boyfriend in his ever-supportive-ness reminded me that we have a couple shelving units in the weird room that is under our front porch. He reminds me of this then laughs and calls me a “hoarder”.

So while I haven’t quite got him to coupon, or to find a way to get him to enjoy it the way Jamie and I do – but he enjoys the benefits. He supports me in my couponing when he sees how much it can benefit him as well – although he is concerned about the “row of detergent” that has started downstairs.

Tomorrow I will be moving the shelving units out of the dark, scary room at the end of the hallway and start properly organizing my stockpile.

Right now I am more than thankful for our dry basement and a place to start organizing our goodies. I will post pictures of the stockpile soon after it’s all organized.

Do you have anyone you share your couponing with? How big is your stockpile?