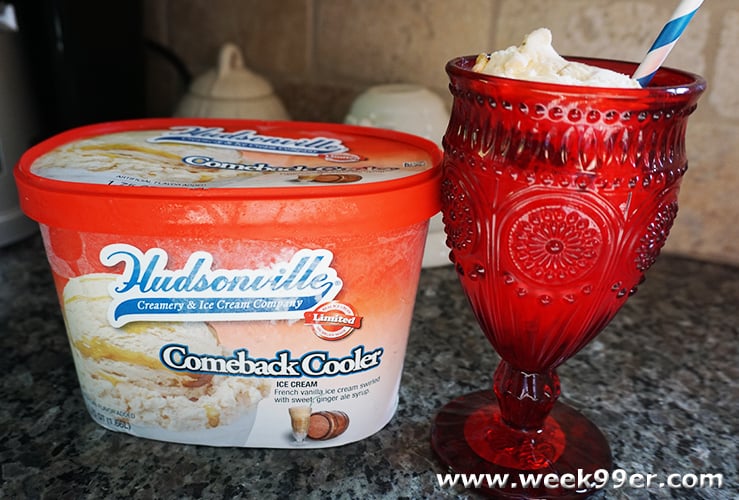 When you think of the city of Detroit – is there a certain flavor that comes to mind? Some may say Coney Dogs, but people who have lived in the city (and even throughout the state of Michigan) the flavor of Vernors winds over everything. It’s the flavor that people that move out of state crave and wish they could get sent to them, and one of the key ingredients in a Boston Cooler. 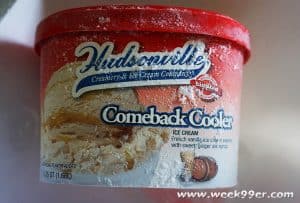 If you’re not from Michigan, the idea of a Boston Cooler may seem a bit foreign. It’s the creamy blend of vanilla ice cream and Vernors – creating a spicy float that will quench the greatest thirst. It was this flavor combination that makes up the Comeback Cooler – Hudsonville’s new limited edition ice cream flavor and winner of the Flavor of Detroit Competition. Instead of being a float – the flavor bring a creamy vanilla ice cream with ripples of ginger syrup blended throughout. 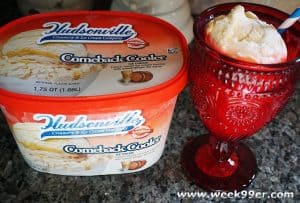 We were sent some Comeback Cooler ice cream to try out before it hit the shelves and it was the wonderful flavors we knew and expected. Creamy ice cream, ripples of spicy ginger – and the balance of spice and cool vanilla is perfect and great for warm days or even the cold fall ones coming our way. 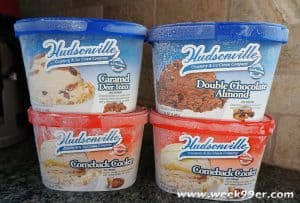 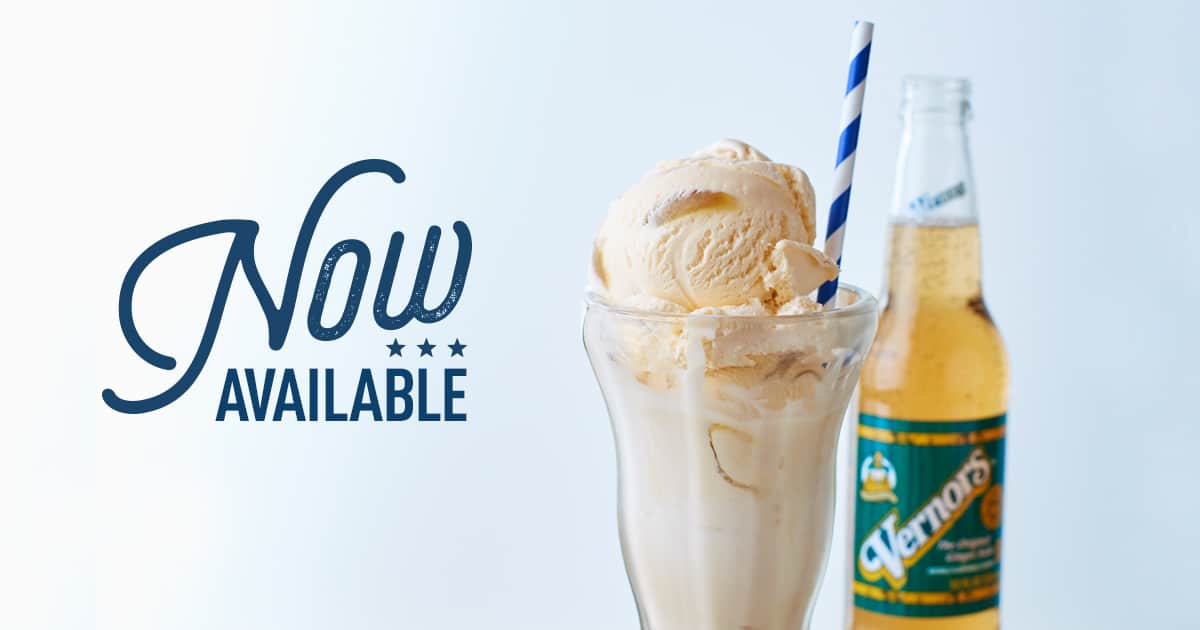 Comeback Cooler was added to Hudsonville Ice Cream’s family of Michigan-themed ice creams to represent the city of Detroit as part of the company’s Flavor of Detroit Contest held earlier this year. Comeback Cooler is a new twist on the traditional Boston Cooler favorite, with a Vernors-inspired ginger ale taste mixed into their award-winning French Vanilla ice cream. The flavor is considered a Limited Edition, produced in a small seasonal batch and only available for a limited time.

“Comeback Cooler recreates a classic Detroit float favorite and we look forward to sharing this Flavor of Detroit with our fans,” Ellens said. “We spent quite a bit of time in Detroit this year, connecting with members of the community and sharing a sweet summer with them. This flavor really speaks to the spirit of Detroit, and we are thrilled to share it with everyone.”

To find Hudsonville Ice Cream retailers near you, visit the scoop locator at https://www.hudsonvilleicecream.com/scoop-locator.

As part of the Flavor of Detroit contest, Hudsonville Ice Cream judged entries based on flavor potential, creativity of the flavor name and the explanation of inspiration for the flavor, and chose Comeback Cooler from more than 2,500 entries. Tracy Heureux of Plymouth submitted the winner, citing the flavor as something she associated strongly with Detroit, and something she craved when living in Philadelphia.

Hudsonville Ice Cream is the best-selling Michigan-made ice cream statewide, offering more than 50 flavors of ice cream including three flavors introduced in spring 2017: Bananas Foster, Peanut Butter Cheesecake and Peanut Butter Pretzel. Hudsonville Ice Cream is made with locally sourced ingredients and crafted by a team of artisans who believe in creating genuine goodness and premium ice cream for all to enjoy.