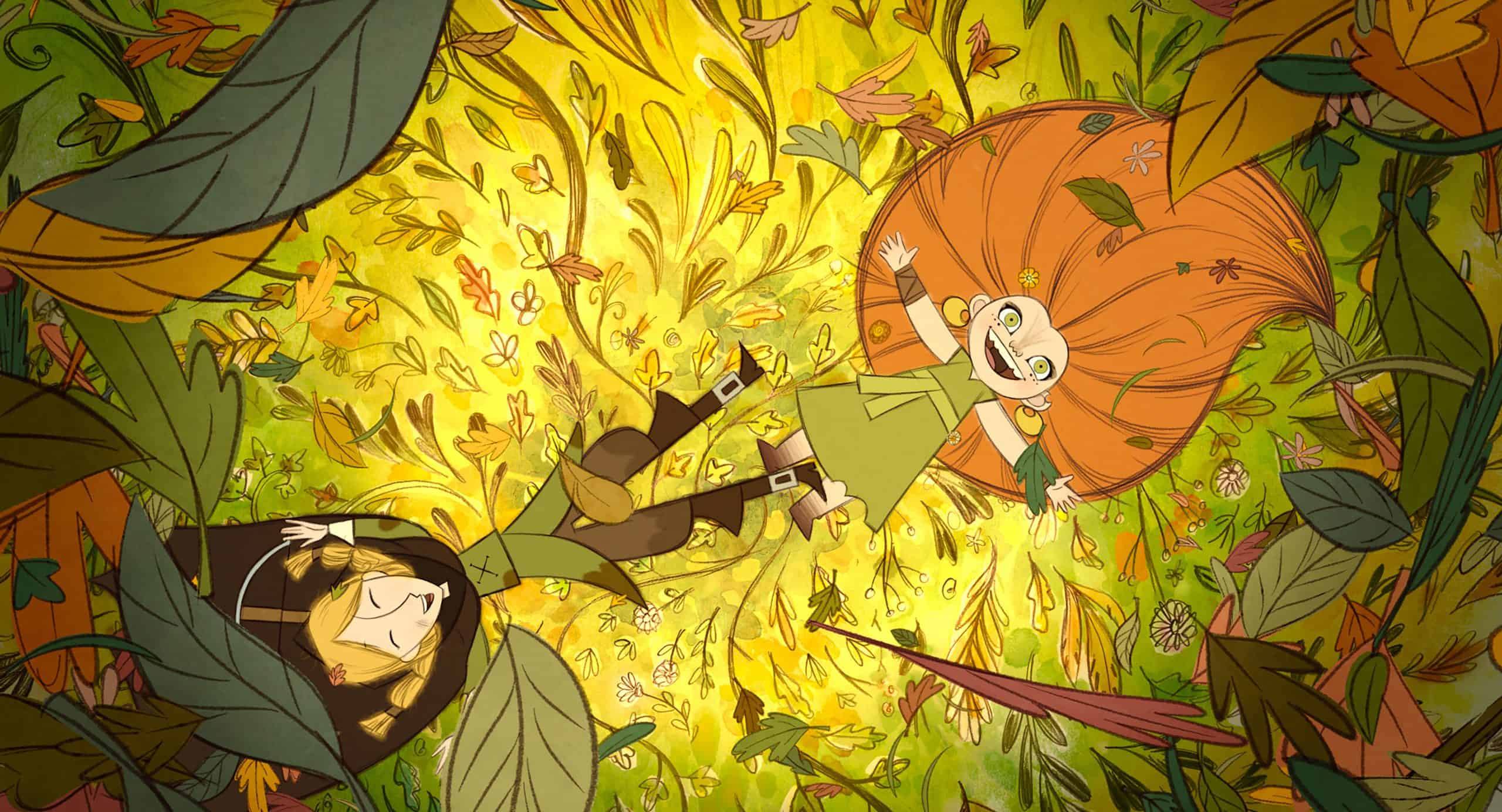 It’s time to get lost in folklore and in the magical forests of Ireland. A brand new release on AppleTV+ is bringing a unique story of magic, love and friendship to the platform. Wolfwalkers is the latest animated movie by Cartoon Saloon and one that will enchant children as they watch this truly unique movie.

While few studios that remain committed to hand drawn animation, Cartoon Saloon is dedicated to creating line drawing animations instead of the popular 3D animation. A once considered dying animation style, the team that created Wolfwalkers finds it’s a style that still works with their stories and that their audience responds well to.

The story of Wolfwalkers was created by Tomm Moore and Ross Stewart. Created to be the third movie in their trilogy that Secret of Kells. While there were several ideas made Moore said that it was inspired by species extinction and habitat destruction. They relate theme to the time period in Irish history back in 1650s when the island was densely forested and known for the wolves in the area. It was in this time period that Oliver Cromwell came from England to try to tame the country and remove the wolves from the area. Moore stated that “there was folklore from the area here in Kilkenny where we grew up, called the Wolves of Ossory. About people that had been pagans and wouldn’t convert for St. Patrick, so they were cursed to become wolves when they fell asleep. So we just thought
there was the makings of a story there. What happens if a hunter
starts to see the world from the point of view of what he’s hunting. That was kind of our hook”

And with that story in mind, the team went about creating the different worlds of the villages and the wolves. The animation style between the two worlds helps separate the rigid lives in the village and the nature driven world in the woods. A more fluid animation style is used for the natural woods area and wolves, and the city has more sharp edges.

Tomm Moore explained, “We wanted to have the shape language of course tell the, show the difference between it, but also the movement. So the soldiers are almost like clockwork, they’re almost like robotic. Robyn is kind
of between the worlds. She’s got all the little angles but she’s quite sprightly,
almost like a little bambi or something like a little deer with long legs. Then Mebh is all round and curved and close to the ground and earthy. The wolves are kind of at certain points real quadrupeds, and at other points they just kind of form a big mass and move just like a big force of nature through the forest. Yeah there was a lot of thought about how the actual movement itself could help explain the different worlds.”

But it extends beyond the character design, but into the world around them Ross Stewart explained, “It ties into the whole art direction of the film that like there are two worlds. One is control and, and order and turning all the people into robots. Basically of society, who are told what to do and do what they’re told. Then the opposite is the world of the forest where it’s all freedom and instincts and wildness. You sit on one side of the fence or the other. Or as, in Robyn’s case you go from one side of the fence over to the other.”

It isn’t just the characters and the environment that the animation team took special care creating. It was the perspective of the viewer within the story as well. Stewart explained, “The town is supposed to be very
much like a cage like environment for Robyn that she’s not allowed to do what she wants to do and she’s trapped. The perspective to make it seem like a very flat world immediately helps to create that cage for her. We try to avoid showing the sky when we’re within the town. We’re always looking down, we’re always trapping Robyn within this almost like maze and not having proper perspective in those shots helps to create this feeling of a box for her.

“For wolf vision I think we wanted the exact opposite of that. When Robyn becomes the wolf the whole world opens up to her. And we knew that it had to be this roller coaster ride for her and to completely blow apart that cage like environment of the town and open her eyes and make it something
so kind of glorious. She can never really go back to her life in the town
after. You know that she, to deny that would be to deny the very kind of essence of life itself. So we really had to push those two visions as far apart as possible.”

Wolfwalkers is now available on AppleTV+ with a subscription.

In a time of superstition and magic, a young apprentice hunter, Robyn Goodfellowe, journeys to Ireland with her father to wipe out the last wolf pack. While exploring the forbidden lands outside the city walls, Robyn befriends a free-spirited girl, Mebh, a member of a mysterious tribe rumored to have the ability to transform into wolves by night. As they search for Mebh’s missing mother, Robyn uncovers a secret that draws her further into the enchanted world of the Wolfwalkers and risks turning into the very thing her father is tasked to destroy.