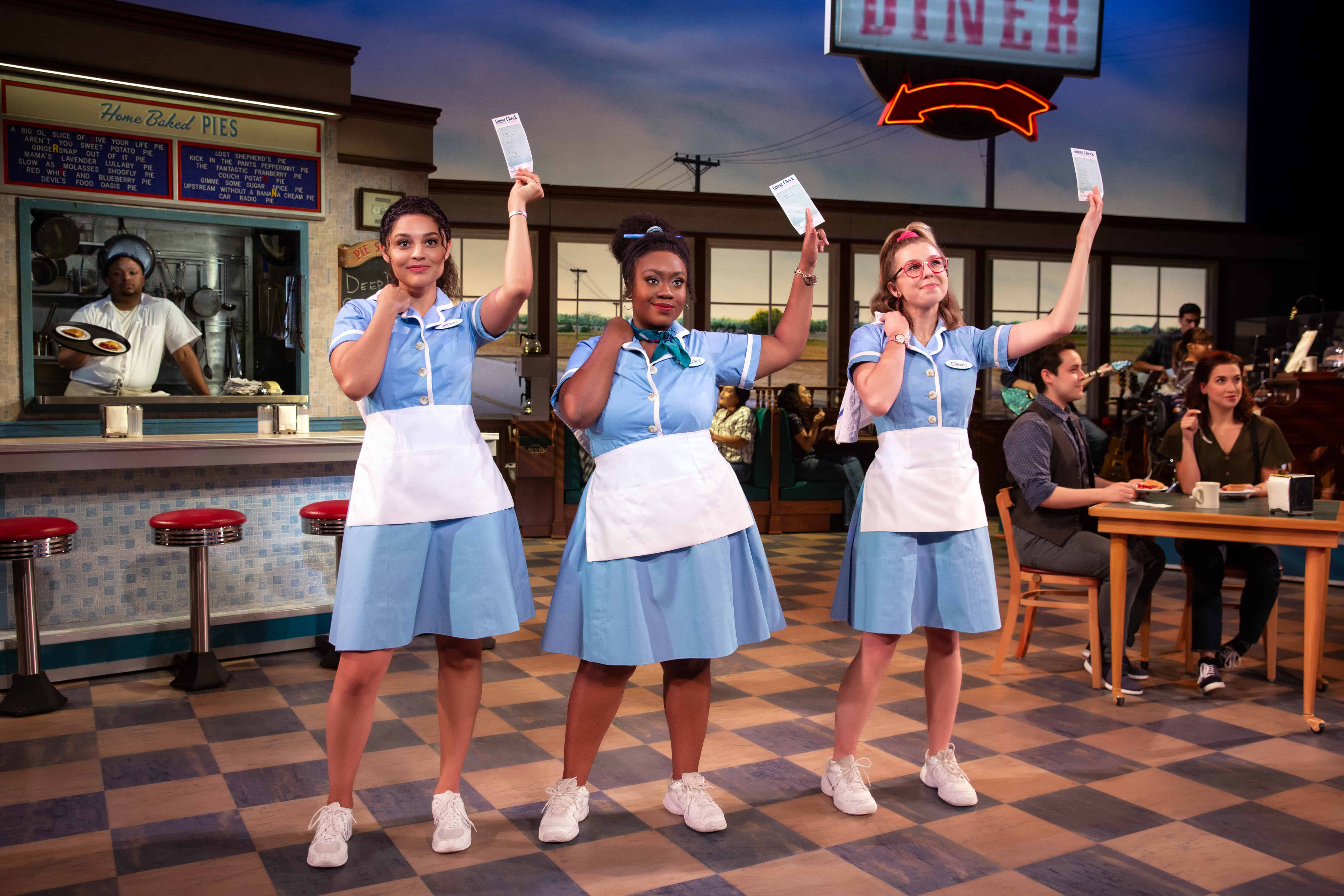 Broadway In Detroit is thrilled to announce WAITRESS will play Music Hall for a limited one-week engagement! The diner opens up March 15 and runs until March 20, 2022. Tickets start at $29 and will be available for sale starting Friday, January 21 online at Ticketmaster.com, by phone at 800-982-2787, and in person at the Fisher Theatre Box Office.

Meet Jenna, a waitress and expert pie-maker who dreams of a way out of her small town and rocky marriage. Pouring her heart into her pies, she crafts desserts that mirror her topsy-turvy life such as “The Key (Lime) to Happiness Pie” and “Betrayed By My Eggs Pie.” When a baking contest in a nearby county — and a satisfying encounter with someone new — show Jenna a chance at a fresh start, she must find the courage to seize it. Change is on the menu, as long as Jenna can write her own perfectly personal recipe for happiness.

“WAITRESS is a little slice of heaven!” says Entertainment Weekly, and is “Warm, witty, wise and hilarious. A wonderful treat.” according to London’s Express Online!

“It’s an empowering musical of the highest order!” raves the Chicago Tribune. Don’t miss this uplifting and hilarious musical celebrating friendship, motherhood, and the magic of a well-made pie.

Performance times for WAITRESS, appearing March 15-20, 2022 at Music Hall, located at 350 Madison Avenue, in Detroit are:

Following the lead of Broadway and concert venues across the country, Broadway In Detroit theatre patrons will be required to show photo identification and proof of a negative Covid test within 72 hours of the performance date or proof of full Covid-19 vaccination before they will be admitted into the venue. Additionally, all patrons will be required to wear a mask while inside the theatre regardless of one’s vaccination status.

NETWORKS PRESENTATIONS (Producer) is an industry leading producer of touring musical theater productions committed to delivering quality entertainment to audiences worldwide. Having produced national and international tours over 20 years, NETworks’ productions include Cameron Mackintosh’s The Phantom of the Opera, Les Misérables, Miss Saigon; The Band’s Visit, A Bronx Tale, Blue Man Group Speechless Tour Fiddler on the Roof, Once On This Island, Nickelodeon’s The SpongeBob Musical, and Waitress.