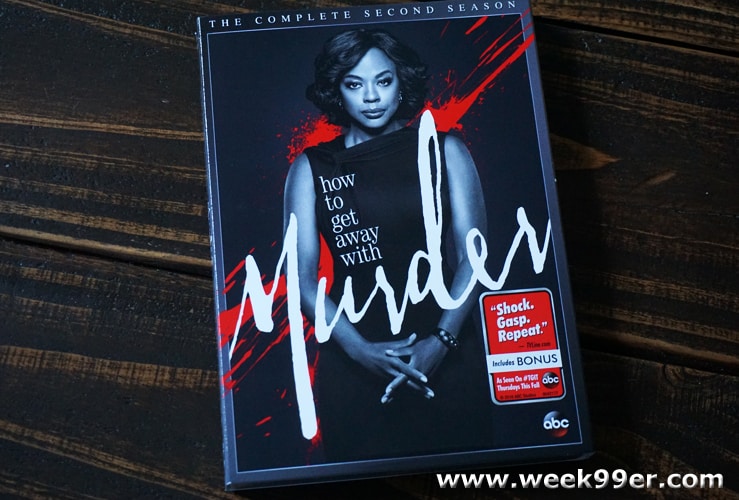 Legal dramas are huge, but none of them are as enthralling How To Get Away with Murder. Now it it’s second season, How to Get Away with Murder takes you from the legal classroom where law professor Annalise Keating and four of her law students have to apply what they learned in her class to try to get away with the perfect crime. The series will keep you guessing from episode to episode and will bring you to the edge of your seat. How To Get Away With Murder: The Complete Second Season has a total run time of 630 minutes and is rated TV14. The DVD set has all 15 episodes from the second season as well as Deleted Scenes and Bloopers.

If you’re a fan of the show, you’re going to love the second season and keep reading for your chance to win a copy of your own!

Check out some of the Deleted Scenes from Season 2

Check out some bloopers from the second season:

The sexiest drama to scorch the airwaves soars to arresting heights of lust, lies and manipulation as Emmy® Award winner Viola Davis lays down the law in ABC’s How To Get Away With Murder: The Complete Second Season.

As the body count rises, Frank, Bonnie and the “Keating Five” dive into a docket of daunting new cases. Meanwhile, the shocking discovery of who killed Rebecca leads into the mystery of who shot Annalise. But instead of answers, this stunning development will set the stage for a series of shocking secrets, bitter betrayals and gasp-worthy revelations that will prove beyond all reasonable doubt, that under the right circumstances, anyone can be a killer.

Savor every deliciously twisted moment with all 15 episodes. Plus, descend deeper into the labyrinth with exclusive, never-before-seen bonus features available only on DVD as How To Get Away With Murder: The Complete Second Season takes “guilty as sin” to a whole new level of obsession!

You can get How To Get Away With Murder: The Complete Second Season on DVD today, and one lucky reader will win a copy of their own! Read how you can win below.

Enter to win with the form below. Tell us who your favorite character from the show is. Or what your favorite feature of the DVD set is! If you do not do this entry – you will not win! So make sure you leave a comment and then enter using the form below!

Tags: abc, giveaway, how to get away with murder, product review, season 2