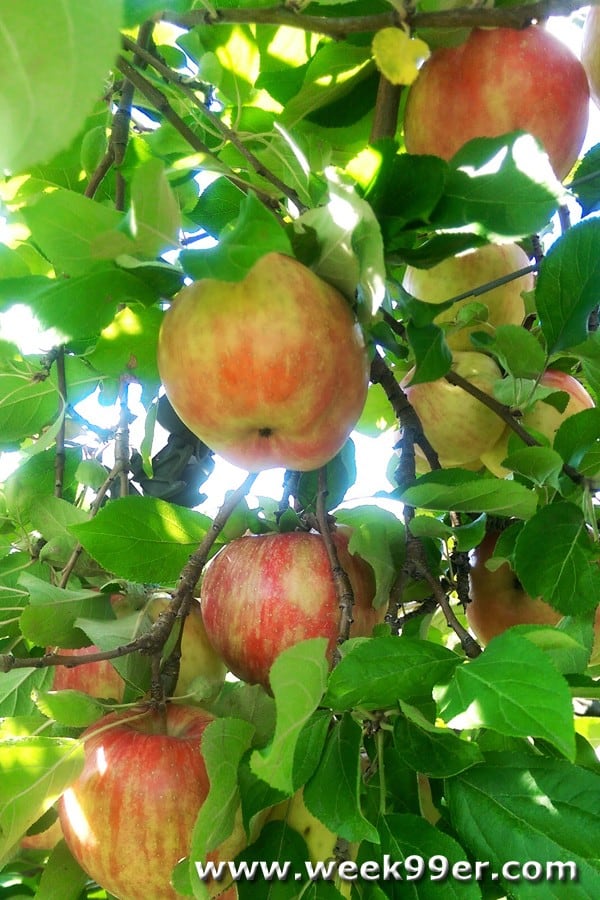 Apple orchards are ripe with opportunities for fun in the fall when you can harvest your own fruit, take a hayride, pet farm animals and enjoy apple doughnuts and cider. And one of the best parts – it’s a fun family activity you can do with social distancing already built in!

Itching for an autumn outing? Take a drive into the country where apple orchards hang heavy with fruit from late August through October, depending on climate, weather and apple varieties. Farms that allow you to pick your own fruit often make a family event out of harvest time with food, shopping and entertainment for all ages.

Finding an Apple Orchard Near You

Apples grow in all U.S. states and most Canadian provinces, but the largest numbers of apple orchards in Canada and the United States are found in Washington, New York, Michigan, California, Pennsylvania, Virginia, British Columbia, Quebec, Nova Scotia and Ontario.

Search for an apple farm near you online or by consult your state or province’s tourist office or an apple growers’ organization or fan site.

Tips for Apple Picking Down on the Farm

Containers: Some apple farms provide or sell containers for the apples you pick, but to be safe, bring your own. If young children are in your group, bring a small container for them to fill. Many apple orchards plant dwarf varieties of trees, so it’s easy for kids to pick their own. Ladders may also be provided in the field.

Look for fruit that is crisp and firm, without bruises or flaws. Color varies by variety, so redder does not always mean riper.
A bushel of apples is equal to about four pecks, or around 40 pounds, which will make about 20 quarts of applesauce. If you’re making pies, plan on three pounds of apples per pie.

Avoid bruising. As tempting as it may be to make a game of tossing apples into your basket, don’t do it. Place apples gently in containers to avoid bruising, says Andy Smith of Edwards Apple Orchard in Poplar Grove, Illinois, where apples sell for about $1.49 per pound with a $30 minimum purchase per family.

From the Apple Orchard to Your Kitchen

Apples like cool, humid places. To make them last longer, “put apples in the crisper drawer of your refrigerator with a wet paper towel,” says Smith.

A cool cellar also works, but don’t store apples with potatoes, which release ethylene gas that’s harmful to the fruit. (It causes them to ripen.)

To keep apples longer, don’t wash them until you are ready to use them.

An apple contains about 80 calories and can be a key ingredient in a low-fat diet, if you skip the caramel topping. Apples are a good source of digestible fiber, vitamins A and C and niacin. They have antioxidant properties thought to be beneficial in fighting cancer and other diseases.

Though there are thousands of varieties of apples grown around the world, about 100 are commercially grown in the U.S. and Canada. Apples were first brought to North America by English settlers along the Eastern Seaboard.

Some apple orchards have been in the same family for decades. When they open their farms to pick-your-own visitors, they may offer food and entertainment along with home-grown and homemade items.