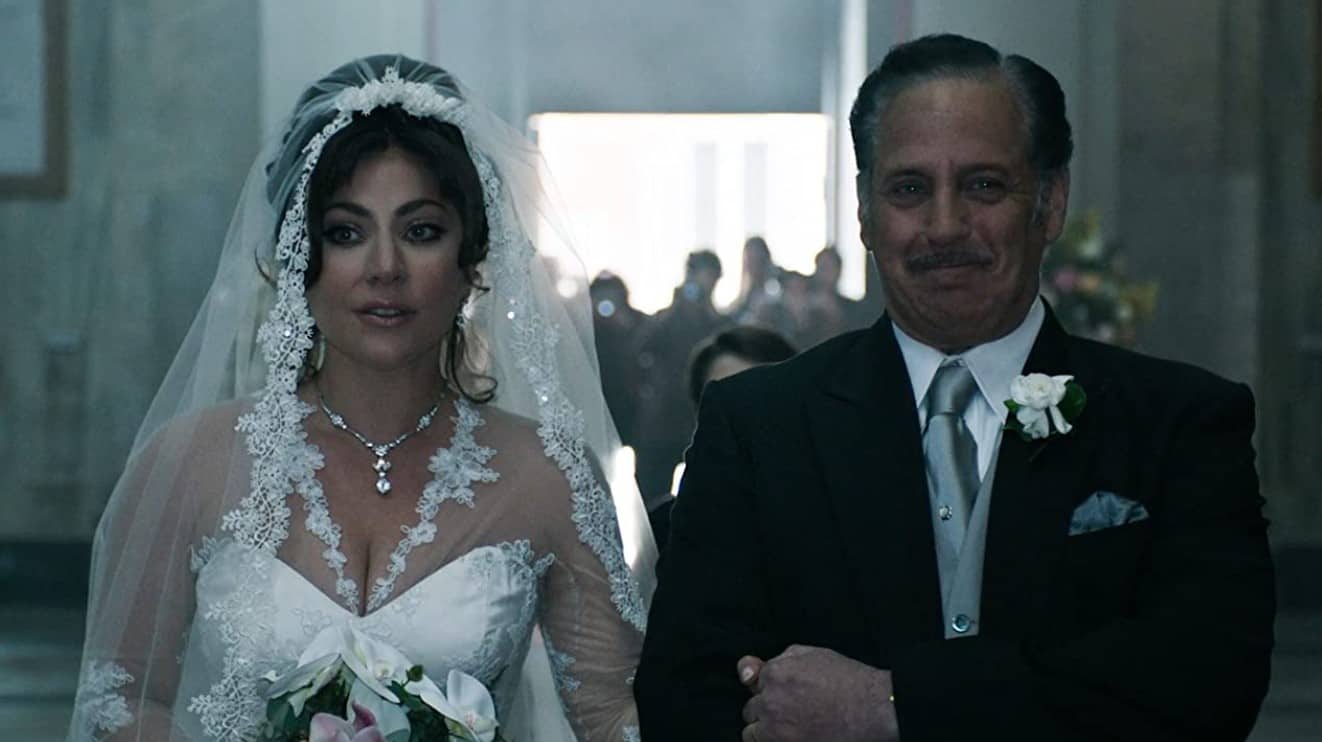 When you have it all, it’s amazing how quickly you can lose it. House of Gucci brings to the screen the story of the Gucci family and how they lost a fashion empire. Mixed in are affairs, murder for hire plots, and a lot of bad accents. Yes, you’ve probably seen articles talking about how bad the accents were, and not true Italian. But that doesn’t take away from how fantastically watchable this movie is.

The cast of House of Gucci is pretty stellar, bringing in Lady Gaga as the lead of the film Patrizia Reggiani the newcomer to the Gucci family. Raised in humble beginnings (upper-middle class, but in comparison to the Gucci family), she meets Maurizio Gucci (Adam Driver) at a party and does whatever she can to get his attention. And we mean whatever, it seems there is some slight stalking going on here. The two quickly fall in love and want to get married – but of course, his father wary of any newcomer thinks she just sees dollar signs and does not approve of the relationship. Oh, if he really only knew what was coming.

Now add in a family dynasty and a generational family business, a cousin who is weird and everyone writes off, sex scenes and some drop-dead gorgeous locations and scenery – you have everything to set up the perfect storm. It’s like a soap opera playing out in front of you, and it makes you wonder if people actually live this way.

Is the acting perfect? Not at all. Even seasoned actors appear to be doing a caricature of what this Italian family probably acted and talked like. But that doesn’t make the movie less binge-worthy. It’s a bit of a hot mess, but with the movie description including ” Spanning three decades of love, betrayal, decadence, revenge, and ultimately murder, we see what a name means, what it’s worth, and how far a family will go for control” in it, you have to know that going into it. It’s a ride, and a bit of a mess – but that’s what makes it so entertaining.

House of Gucci is definitely a movie we’ll watch again because it’s a complete mess wrapped in designer bags. In these opulent mansions, gold-covered walls, and unlimited spending sprees – we see just how messy people are no matter what. The movie isn’t a documentary, so we’re sure there were some creative licenses taken along the way. That of course, doesn’t mean it’s less enjoyable. You just have to temper your expectations when you go to see the film. If you’re expecting facts and things to be exact, don’t bother. Instead, grab some popcorn, buckle in and enjoy the ride through someone else’s wreckage.

About House of Gucci

House of Gucci is inspired by the shocking true story of the family empire behind the Italian fashion house Gucci. Spanning three decades of love, betrayal, decadence, revenge, and ultimately murder, we see what a name means, what it’s worth, and how far a family will go for control.