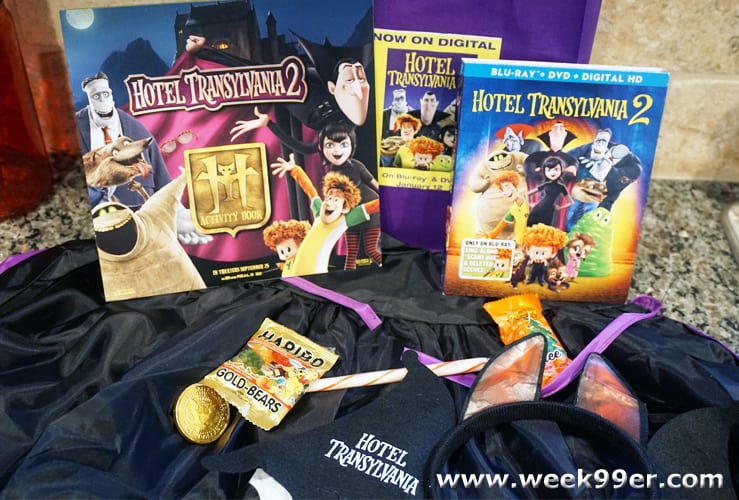 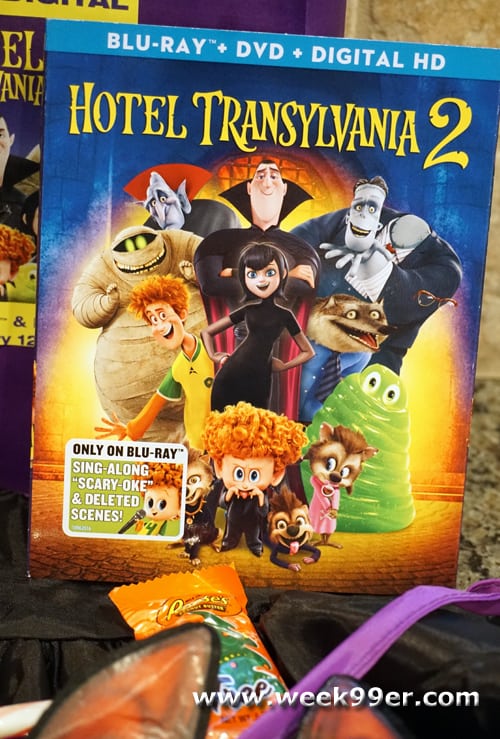 When Hotel Transylvania came out a few years ago we were pleasantly surprised at the animation, the the heart felt story and the lovable characters. So when they released the sequel last year, we were excited to see where they would pick up the story. We were unable to catch the movie in theaters (although I just found it’s still playing near us at a couple locations), but Sony Animation sent us a copy to review as well as a goody bag to enjoy. 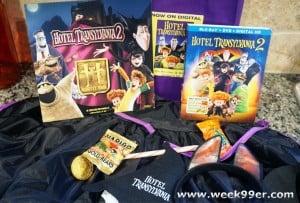 Hotel Transylvania 2 picks up shortly after the first movie. Mavis and Johnny are in love, and the movie opens with them getting married. It doesn’t take long before there’s a little monster on the way – and a curly headed Dennis (Dennisovitch) joins the family. Even though Dennis is being raised in the now human friendly Hotel Transylvania, no one knows if he’ll end up being a monster or stay human like his dad. Of course his grandpa Dracula tries to get him to get his fangs early, with the reluctant help of his monster friends. Hotel Transylvania 2 has an all star cast voicing the characters including: Adam Sandler, Andy Samberg, Selena Gomez, Kevin James, Steve Buscemi, David Spade, Fran Drescher, Molly Shannon, Megan Mullally, Mel Brooks and many many more stars. 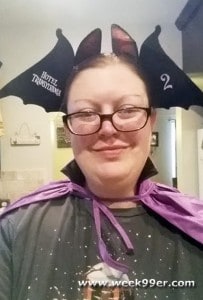 If you’re a fan of the original Hotel Transylvania movie, the sequel will not disappoint! Not only are the characters true to the original movie, but it has several moments that will make you laugh out loud. The movie is not just for kids and definitely something that parents will enjoy watching even when the kids are not home. Hotel Transylvania 2 is rated PG, and has a total run time of 89 minutes. You can find Hotel Transylvania online and everywhere now on DVD, Blu-Ray and Digital HD. Both the DVD and Blu-Ray discs have different special features for you to enjoy!

Haven’t seen Hotel Transylvania 2 yet? Here’s a clip from the movie, and a new twist on a bed time song:

Check out the fun printable activities and recipes below: