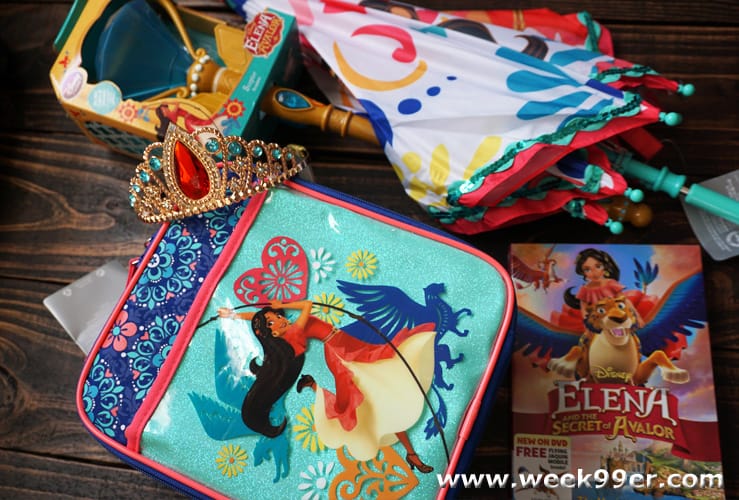 All Disney Princesses have their origin stories, and most are found in story books and fairy tales we all grew up with. But Elena of Avalor is a different kind of princess, based on a mixture of different Latinx cultures and folklore, Elena brings a new twist on the traditional princess model. Elena is training to become a queen of her own kingdom, and doesn’t need to be saved, instead works together with her friends and family and the show focuses heavily on the message of teamwork and friendship.

Elena’s story began on a made for TV movie Elena and the Secret of Avalor, which is now on DVD, and fans fell in love with this strong princess character. The movie also brings in Princess Sofia (Sofia the First) and helps launch the episodic adventures of Elena that you can now find on Disney Junior. The show has become such a hit with fans, that now you can find a ton of Elena products for your own little princess. Disney sent us a variety of new items to check out, and share with our readers. 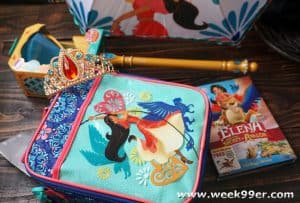 New for Elena of Avalor Fans are an Elena Tiara, Elena Scepter with Light and Sounds, Elena of Avalor Umbrella (that is almost too cute for words!) and an Elena of Avalor Lunch Tote. Full of bright colors, beautiful designs, a few sequins and a little bit of Disney magic, the new Elena of Avalor items are perfect for your little princess to set off on her own quest and build her skills of teamwork, friendship and self empowerment.

Not only does Elena and the Secret of Avalor include the full length TV movie, but it also includes two other episodes and bonus features.

Elena and the Secret of Avalor is available everywhere now on DVD. It has a total run time of 132 minutes and is rated TV-Y.

About Elena and the Secret of Avalor:

See how it all began, and discover the secret behind the legend of Disney’s new Crown Princess!  Frozen in time and trapped inside the Amulet of Avalor for over forty years, Elena has finally found the one, brave princess who can set her free: Sofia of Enchancia!  With help from magical flying Jaquins, spirit animal Zuzo, and young wizard-in-training Mateo, Princess Elena must unite her people and battle the evil sorceress Shuriki (voiced by the legendary Jane Fonda) to reclaim her throne. Experience adventure beyond your wildest dreams with the spectacular story of Elena and the Secret of Avalor!

Check out the clip from Elena and the Secret of Avalor here: