As the year ends, Honda is wrapping up it’s year of Honda. That doesn’t mean they’re stopping with their innovation and changes, actually it means their innovation will continue through the new year and more new excitement will be coming soon at the 2016 NAIAS in January. 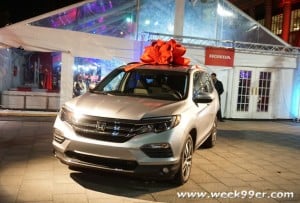 We were invited to the Honda and Acura Holiday celebration downtown Detroit last night. While the temperatures were cold outside, the tent for the holiday event at Cadillac Square was warm and inviting. Amidst the chef created meals and ice sculptures were new and exciting vehicles to check out before NAIAS. Both Honda and Acura made exciting announcements about their new product lines and launches, with a lot more information to come within the next few weeks. 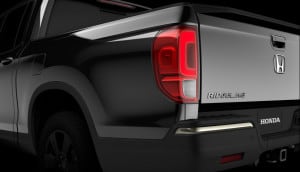 The next year for Honda is going to include a lot of their makes and models they already have on the market including their Civic and CR-V. 2016 will launch an all new Ridgeline mid-sized trucks, that will change the face of mid-sized trucks. More information on the features and more will be available in January, and check for the debut of the commercial in SuperBowl L. “We developed this new Honda Ridgeline to offer something new and fundamentally better suited to the way buyers use their truck,” said Jeff Conrad, senior vice president and general manager of the Honda Division. “ridgeline will deliver everything you’d expect in a Honda from incredible packaging and fuel-efficency to top safety technologies and innovative, segment-first features. We’re honored to once again debut the Ridgeline in Detroit at the North American International Auto Show.” 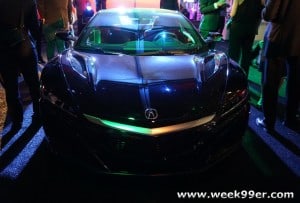 Acura also has exciting news coming at the 2016 NAIAS, including the debut of their Precision Concept car. And coming in the spring of 2017, the first of their highly anticipated Next-Generation NSX supercar will roll off the assembly line. The NSX with vin number 001 will be auctioned off at the Barrett-Jackson collector car auction in Scottsdale, Arizona the last week of January 2016. All proceeds from the auction sale will go to a pair of children’s charies including the Pediatic Brain Tumor Foundation and Camp Southern Ground, the passion project of Grammy Award-winning artist Zac Brown. Designed, Developed and manufactured in America, the 2017 Acura NSX will have a MSRP of $156,000 and will top out at $205,700. The price of the vehicle will depend on what features you choose to put in the vehicle, and is considered Acura’s first build-to-order car.

More exciting information from Honda and Acura will be coming in January at the 2016 North American International Auto Show.

Les Misérables coming to the Fisher Theatre This Winter

Hamilton Returns to Broadway in Detroit Line Up