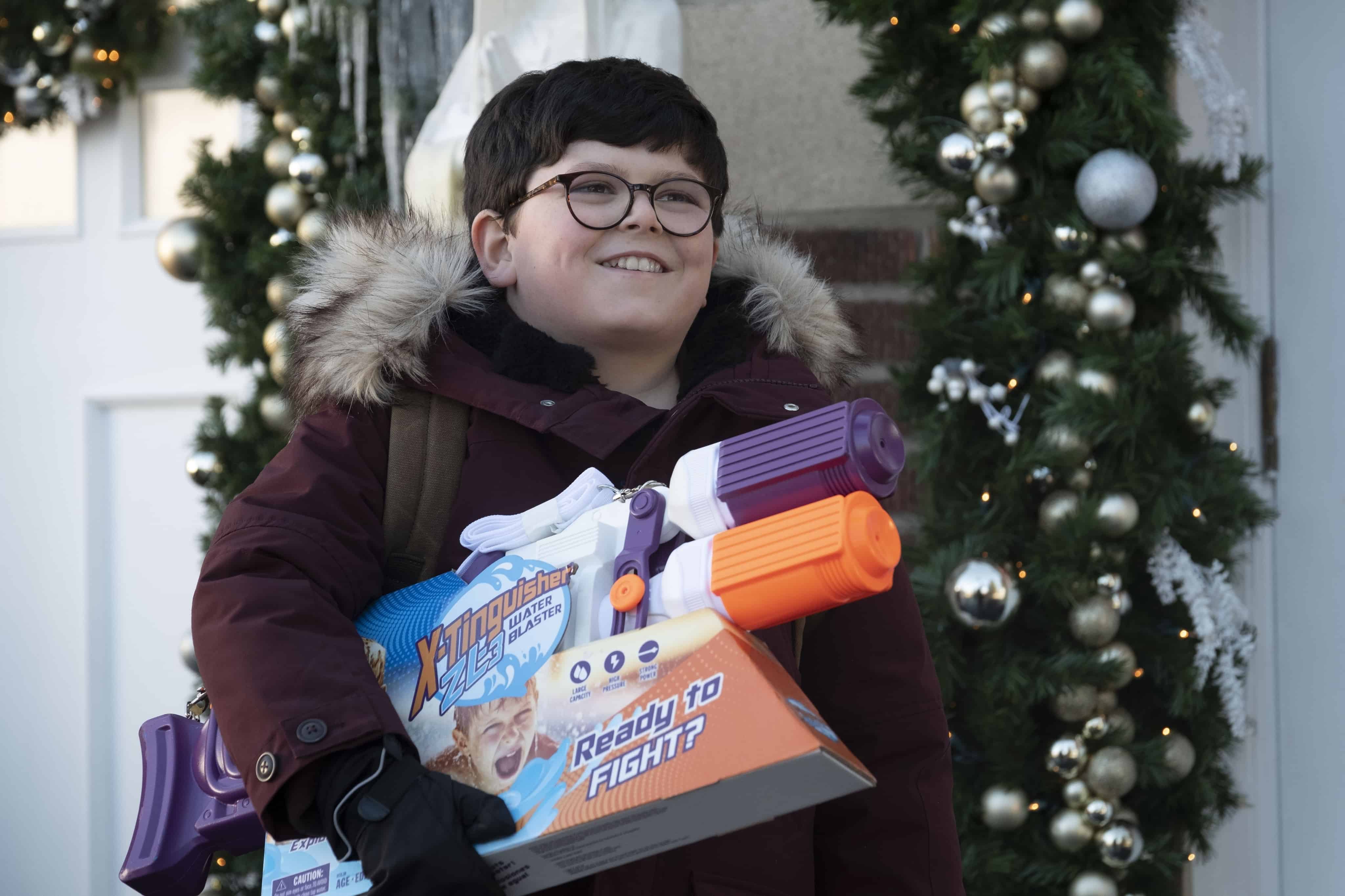 What’s the perfect combination for a holiday film? How about a kid left alone at home and trying to protect it from bad guys? Of course, we’ve seen this play out now five other times with Home Alone and its following sequels. But now, Disney+ is bringing the sixth movie to the lineup Home Sweet Home Alone.

Home Sweet Home Alone has the same basic plot as the original movie – Max is accidentally left at home while his whole extended family is on an international trip. But this is where the story changes some. Instead of the Sticky Bandits coming to steal from his wealthy family, he’s up against a couple whole think he took something of theirs that is valuable. Max hears them plotting to steal it back but is convinced they’re trying to kidnap him. Hilarity ensues and Max defends himself and his house in the process.

Ties to the Original Franchise

Home Alone is a tradition for many families during the holiday. And if you ask fans, some only will watch the first two. The following sequels have the same basic premise but no real connection to the original film. In fact, Kevin McCallister is only in the first two films, and later his role is reprised by another actor for the fourth. Leaving the third and fifth Home Alone films related only in the story – sort of.

But Home Sweet Home Alone does try to bring elements of the original films back around again. From being adapted from the original John Hughes screenplay to music that is just close enough to the original that it will start to draw fans in. There are more subtle nods to the first movie when Max’s uncle steps on LEGO bricks and mentions that it’s the worst pain in the world – something we’ll see Max use again later. Even Max’s house is protected by McCallister Security systems – another nod to Kevin and a joke that has a long payoff.

The biggest tie to the original movie is of course the police officer in the film. Officer McCallister is no other than Buzz – and Devin Ratray reprises his role. He talks about the original situation and even Kevin playing a joke on him. But it will make fans stop, verify it’s him, and laugh at this cute way to bring the story full circle.

Is it Worth the Watch?

For die-hard fans of the original may have a hard sell with Home Sweet Home Alone. But the movie is cute, and something you would expect to be on Disney+ for the holiday season. It does make you question some of the actions of the adults in the film (and not Max’s parents for sure!) But kids always seem to love the movies when kids take back the power from the adults and this movie will be no different.

So far for Disney+ holiday movies, this one will be one that kids like but I’m not sure it’s one that we will watch over and over again like we do Noelle during the holiday season. It is the perfect amount of antics and fluff for the holidays and is great for younger audiences.

20th Century Studios’ “Home Sweet Home Alone” is an all-new adventure comedy from the beloved holiday film franchise. Max Mercer is a mischievous and resourceful young boy who has been left behind while his family is in Japan for the holidays. So when a married couple attempting to retrieve a priceless heirloom set their sights on the Mercer family’s home, it is up to Max to protect it from the trespassers…and he will do whatever it takes to keep them out. Hilarious hijinks of epic proportions ensue, but despite the absolute chaos, Max comes to realize that there really is no place like home sweet home.