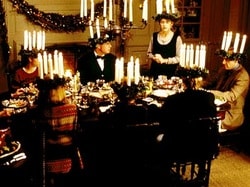 Tired of all the usual Christmas movies you’ve seen a hundred times? Yeah, so was I until I decided to pull together some of the better ones that I wanted to see. Singing Dogs and Claymation didn’t make the cut, though some old standby’s did. The movie had to at least have a Christmas scene in it before it made the list.
The list of Holiday Movies for the Guys:

Some movies that I will be watching this holiday season did not make the cut, sadly. Lord of the Rings, Bourne and Fight Club didn’t even have a caroler in the background, but that’s why we love watching them.

Until next time, have a good and safe holiday, watch plenty of movies, do NOT think about that four letter word that starts with “W” (Work), and let me know if there are any that I might have missed.

Jason often referred to as “the boyfriend” in posts and assists on several product reviews every month. He’s tech savvy, extremely picky and loves video games. He’s a self proclaimed dork and loves to travel. Jason not only assists on reviews but finds great content for Week99er readers all the time. He even suggests great recipes to try and helps perfect many of the recipes. Jason has starred in our Unboxing Videos and loves tech as well as photography. He is also our non-gluten free contributor. Jason also blogs at Wanderlustandreality.com and has his own photography business.

Latest posts by Jason (see all)

1 thought on “Holiday Movies for the Guys”