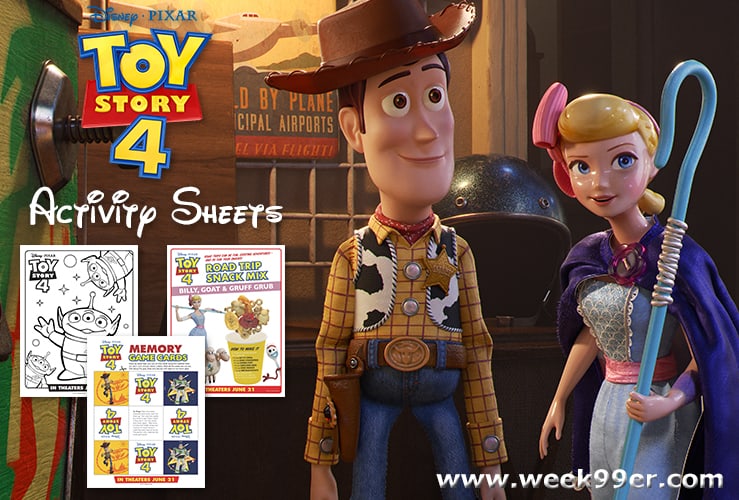 Our favorite toys are about to head out on their biggest adventure yet and the movie is already breaking records! To celebrate the release of the movie we have a bunch of fun printable activity sheets. From recipes, road trip games, mazes and coloring sheets, your favorite characters are there and you can print out as many as you want!

Print out your favorites and get ready for Toy Story 4 when it hits theaters on June 21st!