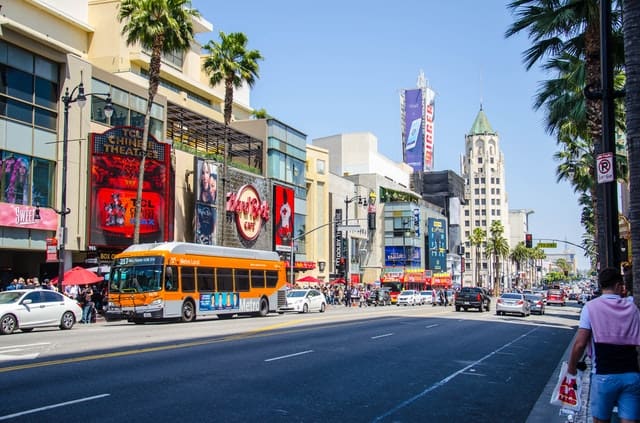 ﻿Many people grow up having an ambition to be a celebrity. This can be as an actor, singer, dancer, sports star or some other way of getting your name into the limelight. While many will fall short of achieving superstar status there are some that will follow through with their talent to get to the top of the tree. This is no easy task and while many have tried only a few have achieved true greatness in their field of entertainment. One of the ways in which this success can be measured is to look at the superstars which have earned a star on the Hollywood Walk of Fame. To date just over 2000 people have received a star and these are the celebrities that have reached the very top of their profession. The history of this Hollywood attraction dates back some fifty years with the very first star being awarded in 1960.

In the 1950’s an effort was being made to improve the neighborhoods of the Hollywood area with the Hollywood Improvement Program being initiated to try and get things done. Two local businessmen who were the owners of a construction company came up with the idea of installing stars in the sidewalk as a means of generating business for there company. They pitched the idea to members of the Hollywood Improvement Program around 1955 by making a star from Terrazzo which had the name of John Wayne embedded. The idea went down well and in the late 1950’s the Hollywood Chamber of Commerce selected just over 1,500 names to be the initial inductees of what was to become known as the Hollywood Walk of Fame. These celebrities were selected based on their contributions to the field of entertainment. Performers from four different categories were chosen and these were TV, Film, Recording and Radio. A fifth category of Live Theatre was later added.

Construction of the Walk of Fame commenced in 1958 and around 2,500 blank stars were inserted into the sidewalk along Hollywood Boulevard and Vine Street. The original stars were put in place by the Consolidated Terrazzo Company and the Walk of Fame was completed and dedicated in February 1960. The very first celebrity to receive a star was Joanne Woodward and the remainder of the initial inductees received their stars over the next sixteen months.

In the early stages there were a number of celebrities who were nominated and received a star in more than one category. The first to receive a star in all five categories was Gene Autry. Although the initial idea for the Walk of Fame had been about neighborhood improvement by the end of the 1960’s Hollywood Boulevard had become an unsavory place and the practice of awarding stars pretty much came to an end. The selection committee was still in place but went almost 10 years without awarding a star.

However in 1978 Los Angeles named the Walk of Fame as a historic cultural monument and this brought attention back to it. A Hollywood Chamber of Commerce member named Johnny Grant was asked to lead an effort to restart the process of awarding stars in 1980 and agreed to do this. Two new rules were added at this time and these were that those receiving a star had to turn up to the unveiling ceremony and they would also have to pay $2,500 to help with the upkeep of the Walk of Fame.

This restarted the process of awarding stars and by 1994 more than 2,000 of the original stars had been filled. The practice has continued to this day with new stars being unveiled every year. Nominations have to be made by the 31 May each year with the committee meeting in June to select the celebrities who will receive a star the following year.

In the history of the Walk of Fame four stars have been stolen. Three of these were during construction projects when stars had been uplifted. However in 2005 Gregory Peck’s star was sawed out of the sidewalk and the thieves made off with it never to be caught. In 2008 as the Walk of Fame was fast approaching its 50th anniversary it was beginning to show its age. Many of the earliest stars were showing signs of wear and tear and were becoming a danger to pedestrians. At this time the Hollywood Chamber of Commerce announced that the Walk of Fame needed to undergo a $4 million face lift to repair almost 800 of the stars.

The Hollywood Walk of Fame is one of the most famous attractions in the city of Los Angeles and many people visit it each year to try and find the star of their favorites. It has now been in place for over 50 years. With more stars being added each year it will continue to be a location which celebrates the fame of the chosen few who have reached the very top of the entertainment industry.