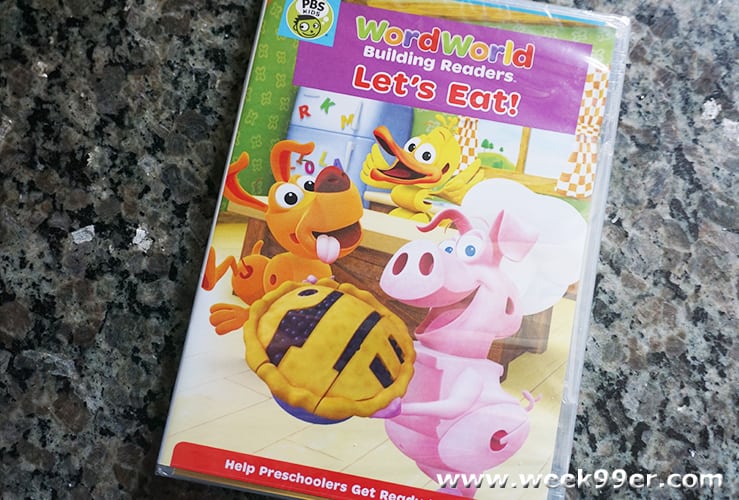 Understanding words and the world that surrounds us can be hard for younger kids, but thankfully PBS Kids has Wordworld. A place where everything and everyone is made up of the words that are used to describe them. The preschooler friendly show is one that is conflict free and fun for small kids to watch and enjoy. And in the latest release the WordFriends are tackling food words and ones that kids learn at an early age.

Not only do the episodes included teach kids more about how to spell some of the common food words in their lives, but also how these food items are made! It’s a fun set of episodes, and we love the educational fun included in every one. WordWorld: Let’s Eat is now available everywhere on DVD and has a total run time of 100 minutes and is rated TV-Y.

WORDWORLD: LET’S EAT!” from the PBS KIDS Emmy® Award-winning series WORDWORLD.  Watch as the WordFriends have fun with food in eight exciting adventures. Children can learn how to follow directions, make words plural, and work together in this new DVD.

The eight stories on this new DVD include: