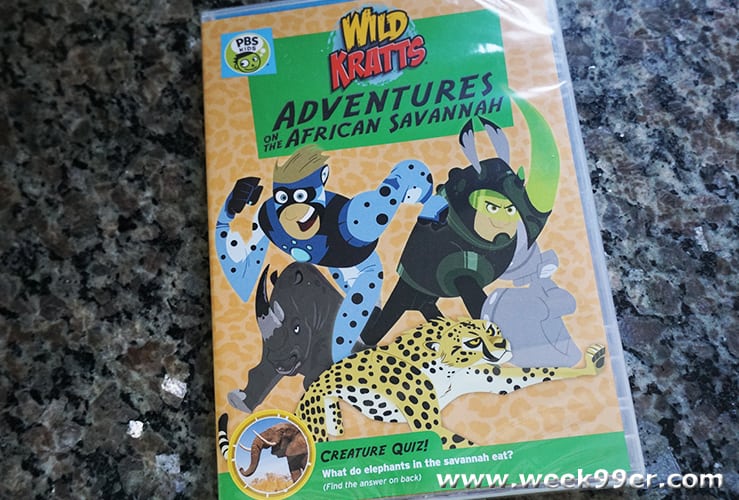 Have you ever wanted to adventure to the African Savannah? Check out the creatures out in their natural habitat and learn more about it all? The new collection from the Wild Kratt brothers has you covered fun adventures all about the different animals that call the African Savannah their home. You wont have a high cost safari ticket to visit this time, but the adventure is just beginning.

With a mix of animation and real life video, you get to learn more about rhinos and elephants in these new episodes of the the Wild Kratts. Find out about the different animals, how they travel and what they eat while they’re roaming in the grasslands. Get face to face with the animals, power up your super suit and take on some of their characteristics. The combination of imaginative play, educational aspects that your kids will love and the kid friendly nature of the show makes the Wild Kratts one of our favorite shows.

Wild Kratts: Adventures on the African Savannah is now available everywhere and has a total run time of 45 minutes and is rated TV-Y.

About WILD KRATTS: ADVENTURES ON THE AFRICAN SAVANNAH:

PBS Distribution announced the upcoming release of the new DVD, “WILD KRATTS: ADVENTURES ON THE AFRICAN SAVANNAH,” featuring two episodes from one of the top- rated kids series on PBS KIDS, WILD KRATTS. Get ready to go on an adventure with Martin and Chris Kratt as they travel all the way to the African Savannah. Kids will love learning about all of the different creatures that the Kratt Brothers encounter while roaming the grasslands, including a rhino and an elephant!

Episodes on this DVD include: