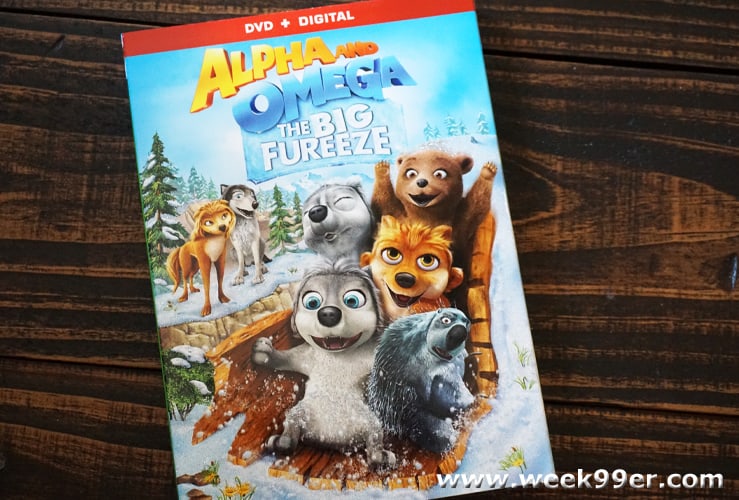 Nothing is more important at the holidays than family, and we love movies that come with that message. This year, we were sent a copy of Alpha and Omega: The Fureeze, a release by Lionsgate for the popular Alpha and Omega series. The movie follows Kate and Humphrey – and their pups as they try to reconnect in time for the holiday season.

We’re not super familiar with the Alpha and Omega Series, but can quickly see the attraction to the fun characters and the family friendly messages. The movie targets a younger audience, but is one that your kids will love and want to see again and again. Alpha and Omega: The Big Fureeze is a fun animated film for younger kids, and it has some action but nothing that will be too scary for a younger audience. It has a total run time of 45 minutes and is not rated – but is definitely kid safe!

Check out the Alpha and Omega: The Big Fureeze Trailer:

About Alpha and Omega: The Big Fureeze:

Join everyone’s favorite alpha and omega wolves for a heartwarming holiday adventure! When Kate and Humphrey get lost in the woods and fail to appear for the holidays, their wolf pups—Stinky, Claudette, and Runt—take matters into their own paws and venture out into a blizzard to rescue them. Joined by Brent the sleepy bear cub and Agnes the feisty porcupine, the pups prove that neither blinding snow, nor rival wolves, nor hungry bears, will keep them from spending the holidays together as a family.