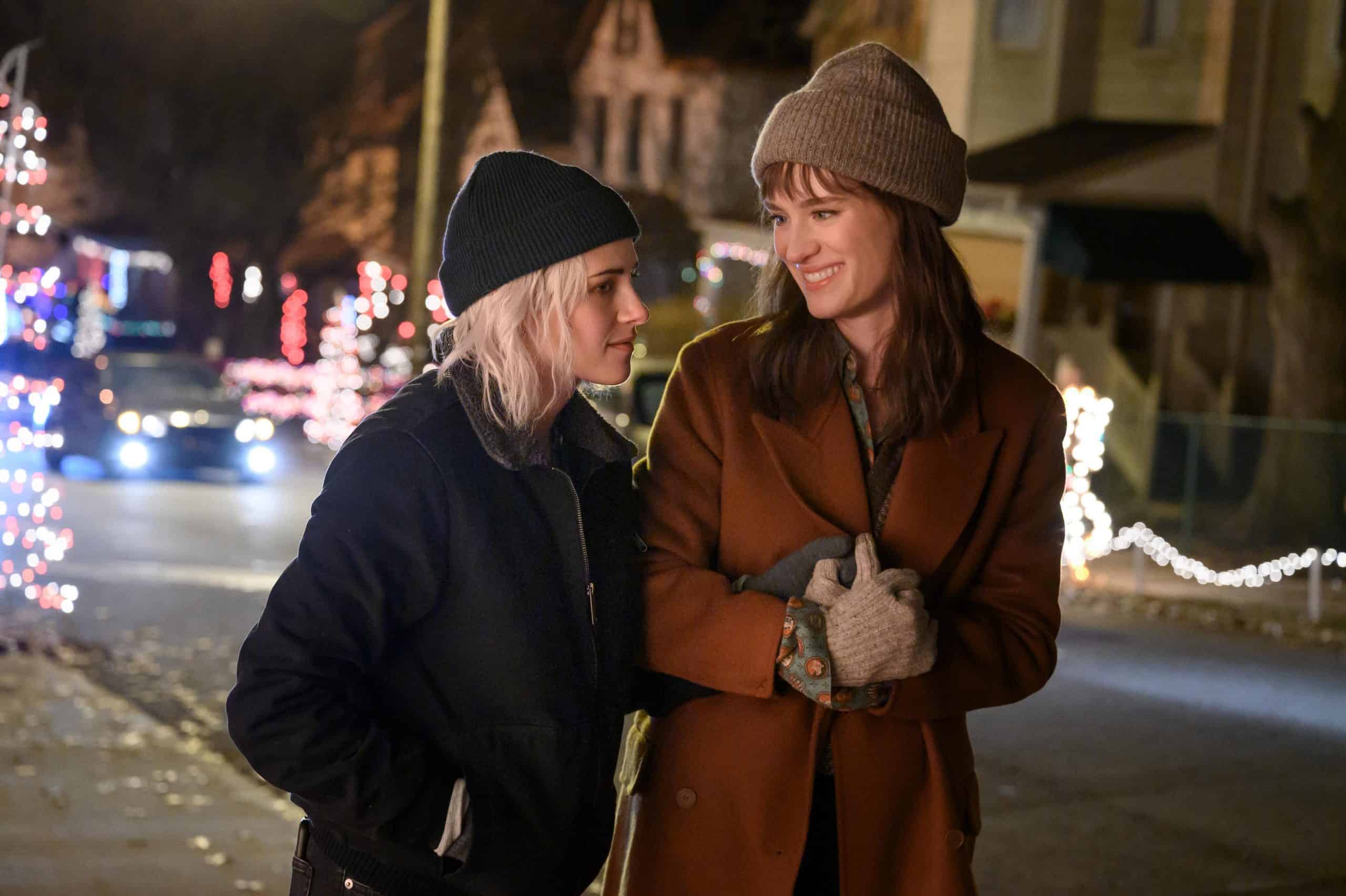 Anyone in a relationship can relate to that fear, and panic you get the first time you meet the family of your significant other. That may be why it is often used as the base for movies. But adding to that stress is the holiday season, or if you find out something about your significant other while meeting their family.

This holiday season Hulu is bringing that anxious and anxiety feeling to their holiday movie – Happiest Season. But the film does just end with that part complicating the festive season. The love story between Abby and Harper is also complicated is about to move to the next level. That is until Abby finds out that Harper hasn’t come out to her family. With holiday hijinks, attractive exes and of course mischievous children – the movie falls all of the holiday movie story lines and will make you laugh along the way.

With all all star cast including Kristen Stewart, Mackenzie Davis, Daniel Levy and Victor Garber, just to name a few – the film is a beautiful tribute to coming out and being true to yourself.

Written by Clea DuVall, the film focuses on the relationship between both Abby and Harper but doesn’t fall into the traps of the stereotypes. Viewers can relate to the relationship dynamics, the love, the heartbreak and the complicated mess of dealing with family at the holiday season – even without adding in coming out.

The relationship between the girls isn’t forced, and even the crazy family antics are ones you can relate to. Although the type of home the family lives in is something most people aspire to and seems to be the norm in holiday films – the relationships between family members aren’t too over the top and are ones that will make you laugh.

In a sea of crappy holiday movies, Happiest Season is one that will make you laugh, smile and cry along with the characters. How many other holiday movies include Drag Queen Karaoke bars? And one of the best parts, you can watch it over and over again throughout the holiday season. It was one of the most enjoyable holiday movies to hit the (small screen) this season.

Meeting your girlfriend’s family for the first time can be tough. Planning to propose at her family’s annual Christmas dinner — until you realize that they don’t even know she’s gay — is even harder. When Abby (Kristen Stewart) learns that Harper (Mackenzie Davis) has kept their relationship a secret from her family, she begins to question the girlfriend she thought she knew. HAPPIEST SEASON is a holiday romantic comedy that hilariously captures the range of emotions tied to wanting your family’s acceptance, being true to yourself, and trying not to ruin Christmas.