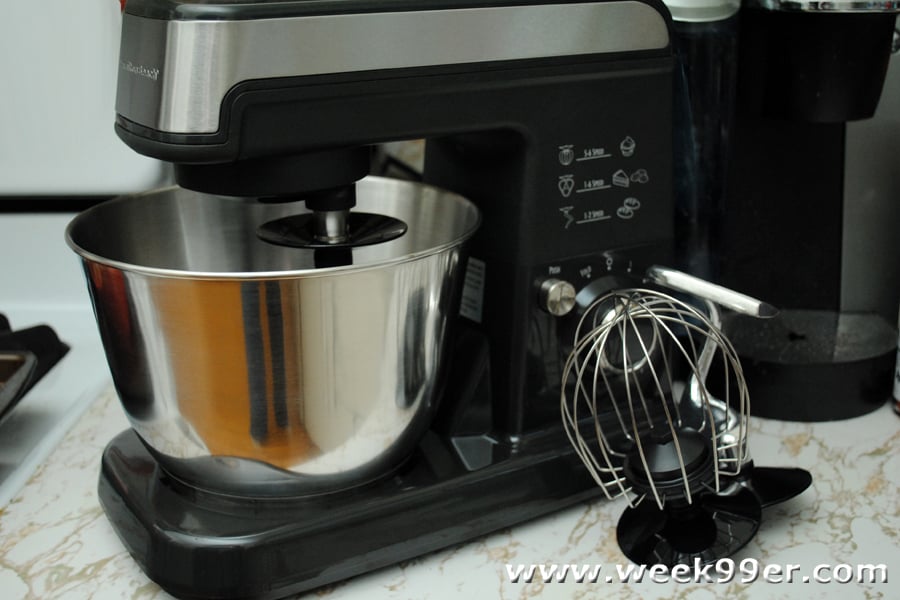 Oh the Stand Mixer – a coveted kitchen item by most home cooks. They make your life so much easier, do all of the hard work and save your arms. I got my first stand mixer over eight years ago when I had to start preparing all of my food from scratch. In recent years, the amount of baking I do sometimes requires having a second mixer around (and there are days I’d argue for a third or fourth). But I have not been willing to drop the the extra money on another one like I already have, because let’s face it – stand mixers are a luxury and they often reflect that in their price. 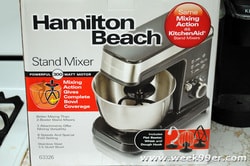 Now let me know introduce you to the Hamilton Beach 6 Speed Stand Mixer – it breaks a few of the conventional rules right off the bat. Hamilton Beach invited me to be part of their Blogger Ambassador program, and this is one of the first items I’m testing out for them. (Be sure to check later this week for a matching hand mixer!)

So, to start we’re going to talk about price points. The Hamilton Beach 6 Speed Stand Mixer is only $129.99, compare that to the base model of the lead competing brand, it rings in at almost 60% cheaper. That does not mean that it wont work as well though! 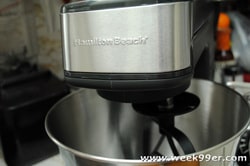 What are the major differences? You will instantly find the first one when you remove the Hamilton Beach Stand Mixer from it’s box – the weight. Unlike other brands the Hamilton Beach Stand Mixer is actually mostly made out of plastic. You do not have the heavy weight of the cast iron to lug around. While this can be seen as good and bad, I like the idea of being able to have a lighter option to take with me when I travel to bake at family functions. Since the stand mixer is lighter, it does come with non-slip feet. Basically it has suction cups on the bottom to help it stay steady when it’s working hard. They work great, and is actually one of my favorite features on this and other appliances I have.

The outer appearance is black plastic and brushed stainless steel, so it will fit easily into your appliance line up. But it’s overall size of 12″ x 8.5″ x 13.5″ takes up a small amount of counter space and fits easily under all standard cupboards. 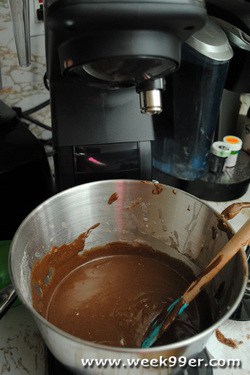 The Hamilton Beach Stand Mixer comes with everything you need to get started including a 3.5 Quart mixing bowl, a beater, a whisk and dough hook. These attachments do have a flat disc surface, be careful when you pour in your ingredients some may get caught there! I found it was easy to just stick my finger on top while it works and knock extra into the bowl. The mixer overall will be able to tackle any baking need you have. The mixing bowl is a bit smaller than I’m use to, but it was easily able to accommodate 2 batches of homemade chocolate cake mix without overflowing while mixing.

What the stand mixer doesn’t have – an extension port to add on other contraptions making it your “only” appliance. I’m going to be honest here, I cannot afford any of the extensions for my other mixer, and therefore haven’t bought one yet. I do own other appliances that make my life easier. I even have a blender that is suppose to be my “everything” appliance and always go back to my stand mixers to do the job. If you’re looking for a stand mixer for your baking but don’t want to buy all of the other parts you probably will lose in your cupboard this is a great option. 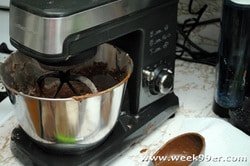 Another thing the stand mixer has that is a great (and obviously needed) feature – a “Fold In” function. No more guessing what speed will put those fragile ingredients in without destroying them. The side of the stand mixer has a cheating guide showing you what mixer to add on (which is a simple push in and pull out), but also what speeds work best for your project.

I will say there were a couple things that were extremely different than my other stand mixer. To get the head to lift and go back down, you actually have to push a button and hold it to move it. This does prevent it from falling on your hand, or into your batter if you’re not ready. But it wasn’t something I was used to doing after using another type for years. The top will not go down, or be forced down unless you push that button – don’t forget that!  The other thing that I noted was that the mixer is much louder than the competitors. Not that it’s too loud to hold a conversation around, but the motor sound is very present. Does this make or break it as a good alternative? Absolutely not. 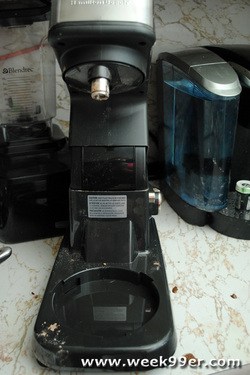 Overall, I liked working with the Hamilton Beach 6 Speed Stand Mixer. I had to do the same things I would with the other brands  like scraping down the inside of the bowl, getting extra ingredients unstuck off the beater and washing the bowls in between. But my cake batter came out perfectly and the cupcakes did as well.

As an added bonus to the body of the stand mixer being plastic – it’s a lot easier to wash. I am known for being a very good but very messy cook. After everything was in the oven I just grabbed a soapy sponge and cleaned off everything. It dried quickly and didn’t even look like I had recently coated it in flour and cake batter! 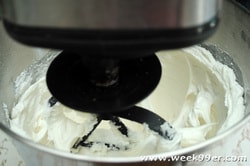 I was able to make beautiful cupcakes and a flawless frosting in the Hamilton Beach 6 Speed Stand Mixer. I can see it easily becoming a go-to appliance and I love that the price point is well under what of any of the competitors. It’s great for someone just starting out on their own, or even the home cook who doesn’t need the expansion port they will never use.

Would you like to win one? Read how you can can win one below – and remember to check back for a chance to win a matching hand mixer!

Enter to win with the form below. The mandatory entry is leaving a comment on this blog post telling me what your favorite features of the Hamilton Beach 6 Speed Stand Mixer are or What you would make in it! If you do not do this entry – you will not win! So make sure you leave a comment and then enter using the form linked below!

What Are Network Video Recorders?

Which Watch to Wear When Traveling?

6 Trends that have Revolutionized the Online Shopping Experience