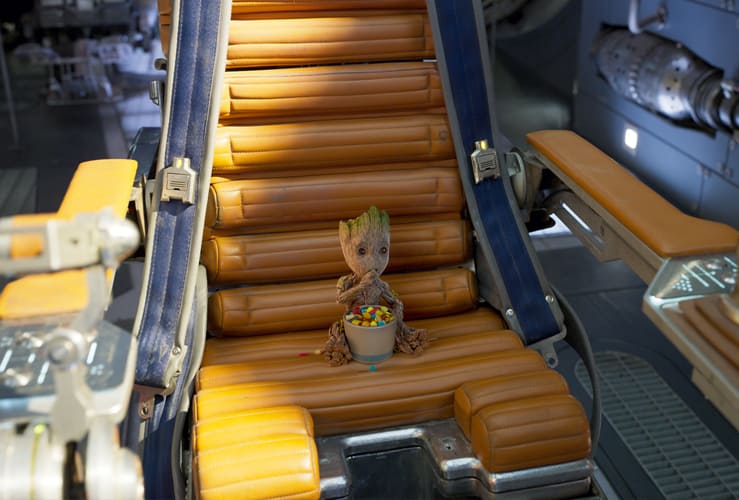 In expected fashion, Marvel has another movie that I will have to add to my library.  The movie opens seconds away from combat, fighting and hilarity ensues.  This movie does not disappoint, except for the “Tape” scene from the trailers goes on a little longer than it should.  However, that is my only gripe. If you enjoyed the volume one, you will definitely like volume 2.

I saw the movie in 3D, but I don’t think it was worth it.  There is only one scene that takes advantage of it.  While cool, it is a little overdone in 3D cinema.  You can save yourself a few bucks for snacks by seeing it in standard 2D.  However, if the extra D is your thing, it definitely will not take away from the experience.

As advertised, Star Lord meets his father, Kurt Russel.  If you read the comics or the online rumors, then you already know the specifics of his linage, but for the rest, you will have to see the movie.  You find out more about his parents backstory and where his father has been all this time.

With all the fighting and comedy, there is an overall theme to the sequel is family.  What it means to be family, finding family and losing family.  There are some new members to the Guardians that bring their own flair to the group.  Yandu sports a new look and Mantis has some special abilities.  There are also some new enemies that cause more than their share of trouble.  Rocket and Groot keep things interesting and funny, messing with everyone.  One of the scenes will spawn some new Groot merchandise that I am looking forward to, see if you can spot it.

It is not a short movie, running at two hours and eighteen minutes, but the end credits has several clips, including one at the end.  The entire credits have something going on.  See if you can spot Groot’s famous saying peppered in different places.  It is defiantly worth it to stick around after the movie ends.

About Guardians of the Galaxy Vol. 2 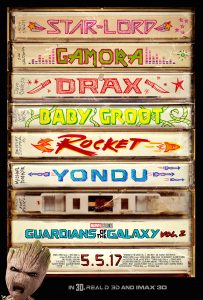 Set to the all-new sonic backdrop of Awesome Mixtape #2, Marvel Studios’ “Guardians of the Galaxy Vol. 2” continues the team’s adventures as they traverse the outer reaches of the cosmos. The Guardians must fight to keep their newfound family together as they unravel the mystery of Peter Quill’s true parentage. Old foes become new allies and fan-favorite characters from the classic comics will come to our heroes’ aid as the Marvel Cinematic Universe continues to expand.