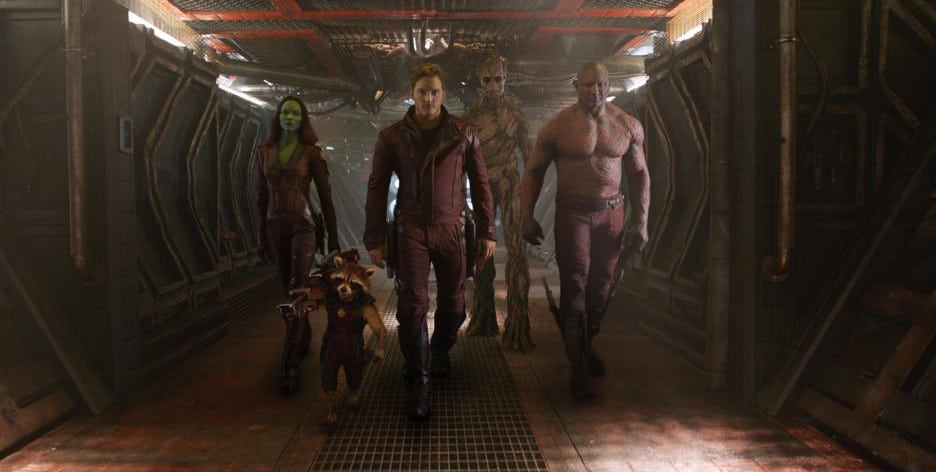 I’m in no means a comic book nerd, a nerd yes, but comics have never been my thing. So as Marvel has introduced their movies over the past few years I knew the characters. But I couldn’t say the same about Guardians of the Galaxy – I had no idea who the characters were, what it was about or if I wanted to even see it. So when we were invited to a preview I asked my boyfriend if he wanted to see it. Before I got the words out, he answered quickly YES!

After seeing Guardians of the Galaxy, I can see why he wanted to see it. Besides an amazing soundtrack, the show has an actual story line, eludes to future sequels (currently scheduled for 2017!) and has enough comic relief to not make the battle scenes overwhelming. Graphically the movie is stunning, and it has an amazing cast including Chris Pratt, Zoe Saldana, Vin Diesel, and even Karen Gillian (Doctor Who fans rejoice!).

Guardians of the Galaxy follows the story of Peter Quill (played by Pratt), an Earth boy who was abducted as a young child and has been raised in space. The movie starts out with an emotionally charge scene, that honestly is a bit intense for the rest of the film. But that scene sets up Quill’s journey perfectly and his state of mind. On his own in space, Quill ends up being a thief, but takes on the wrong job. Bounty hunters are after him, and they all end up in prison. Quill ends up joining a rag-tag team of other prisoners and together they might just be the only group that can save the galaxy.

Be on the look out for The Collector, that we got the teaser about after the credits in Thor 2! That teaser finally comes to fruition. And as for the new movie, there is a before credits scene as well an after credits teaser in normal Marvel fashion. Unfortunately it was removed from the previews, so I can’t tell you what is in it.

The movie overall was enjoyable, and I’m sure it’s one that will be added to our collection. Even not knowing anything about the story going into it, it was a great movie and the story moved quickly. Definitely, make it a date night to see this one!