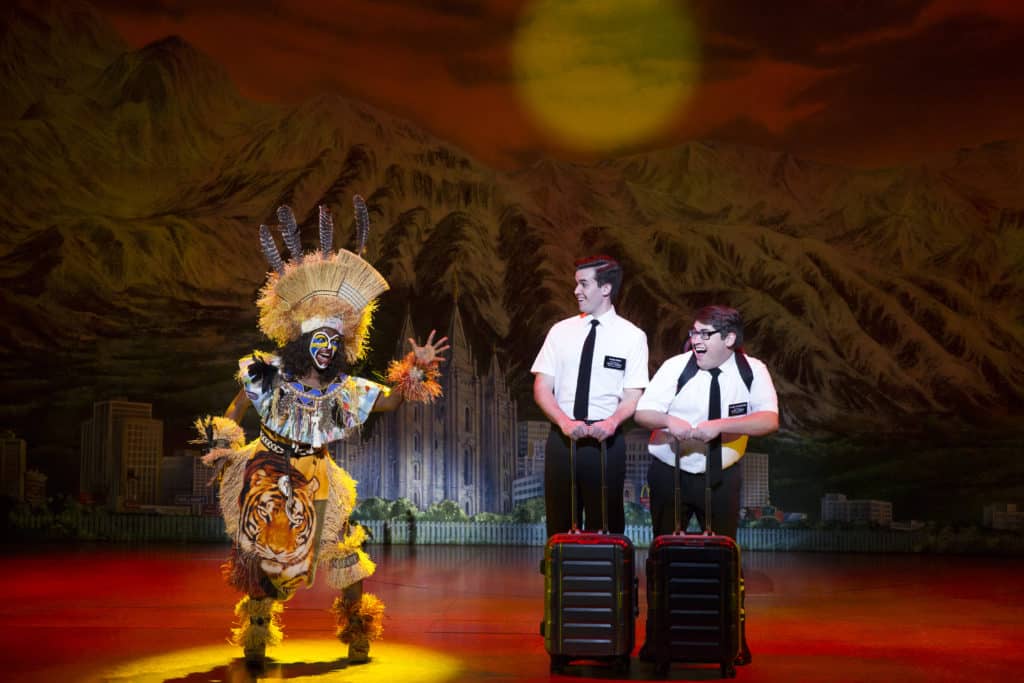 The Book of Mormon Photo Credit: Julieta CervantesIt’s back, one of the funniest musical comedies yet and winner of several Tony awards – The Book of Mormon!  The Book of Mormon is a musical comedy about two young Mormon missionaries who travel to Uganda to preach the Mormon religion. First staged in 2011, the playmakes light of various Mormon beliefs and practices, with tongue and cheek humor between the musical elements. It’s a fan favorite and one that you’ll want to see this holiday season!

DETROIT, MI, September 6, 2018 – Back by popular demand, THE BOOK OF MORMON, which has played multiple sold-out engagements, returns to Detroit’s Fisher Theatre, December 4-9. 2018. Single tickets start at $39 and go on sale Sunday, September 16. Purchase tickets online at www.broadwayindetroit.com or www.ticketmaster.com, or by phone at 800-982-2787. Starting Monday, September 17, tickets may be purchased at the Fisher Theatre box office.

THE BOOK OF MORMON features book, music and lyrics by Trey Parker, Robert Lopez and Matt Stone. Parker and Stone are the four-time Emmy Award-winning creators of the landmark animated series, “South Park.” Tony Award-winner Lopez is co-creator of the long-running hit musical comedy, Avenue Q.  The musical is choreographed by Tony Award-winner Casey Nicholaw (Monty Python’s Spamalot, The Drowsy Chaperone) and is directed by Nicholaw and Parker.

The Original Broadway Cast Recording for THE BOOK OF MORMON, winner of the 2011 Grammy Award for Best Musical Theater Album, is available on Ghostlight Records.

Performance times for THE BOOK OF MORMON appearing December 4-9, 2018 at the Fisher Theatre, located at 3011 West Grand Blvd., in Detroit are: