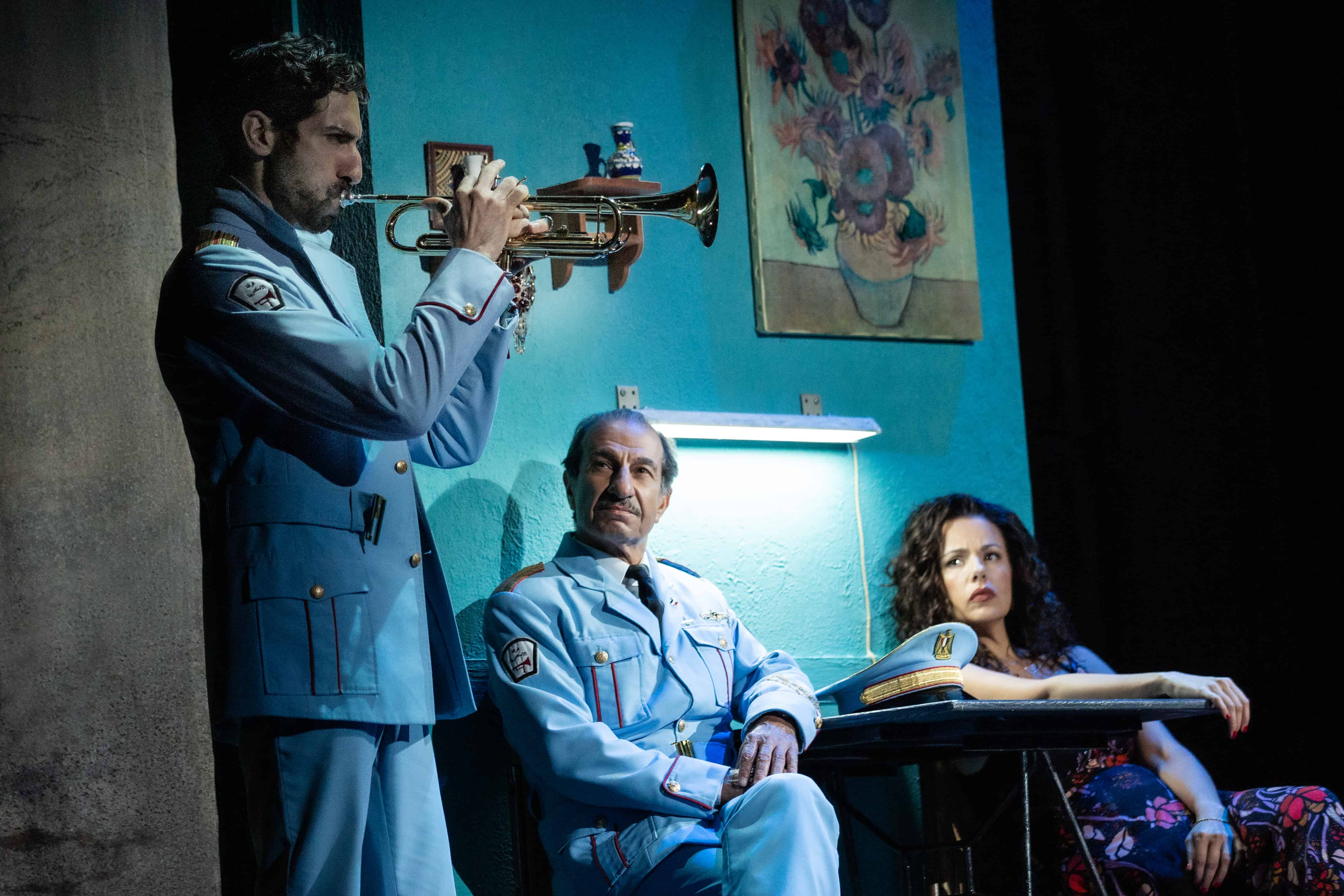 Broadway In Detroit announced that tickets for the tour of THE BAND’S VISIT, featuring music and lyrics by Tony® and Drama Desk Award®-winner David Yazbek, will go on sale on Friday, February 25, 2022. Starting at $35, tickets may be purchased online at Ticketmaster.com and in person at the Fisher Theatre Box Office.

THE BAND’S VISIT tells a joyful, offbeat story of a band of musicians who arrive in a town way off the beaten path. Under the spell of the desert sky, with beautiful music perfuming the air, the band brings the town to life in unexpected ways. With a Tony- and Grammy-winning score that seduces your soul and sweeps you off your feet, performed by thrillingly talented onstage musicians, THE BAND’S VISIT rejoices in the way music makes us laugh, makes us cry, and ultimately, brings us together.

Award-winning Israeli film actor Sasson Gabay will reprise the role of Tewfiq, the role he created in the 2007 film of THE BAND’S VISIT and has played on Broadway and in more than 17 cities on the First National Tour. Joining him to lead the company is the critically acclaimed actress Janet Dacal (Prince of Broadway, Wonderland, In The Heights) in the role of Dina.

THE BAND’S VISITworld premiere opened to critical acclaim at the Atlantic Theater Company in December 2016 and opened at Broadway’s Ethel Barrymore theatre in November 2017. It went on to play 589 regular performance and 36 previews, breaking the all-time box office record at Broadway’s Barrymore Theatre twice and winning 10 Tony Awards® before closing in April 2019. The production was featured in over 20 “Best Of The Year” lists including The New York Times, Time Magazine and Entertainment Weekly. The First National Tour launched in June 2019 and played 17 cities before the touring entertainment industry was halted due to the COVID-19 pandemic.

THE BAND’S VISIT original Broadway cast album received the 2019 Grammy Award for Best Musical Theater Album. The musical is also the recipient of a 2019 Daytime Emmy Award for a performance of “Answer Me” on NBC’s “Today”.

Following the lead of Broadway and concert venues across the country, Broadway In Detroit theatre patrons will be required to show a photo ID and proof of a negative Covid test within 72 hours of the performance date or proof of full Covid-19 vaccination before they will be admitted into the venue. Additionally, all patrons will be required to wear a mask while inside the theatre regardless of one’s vaccination status.