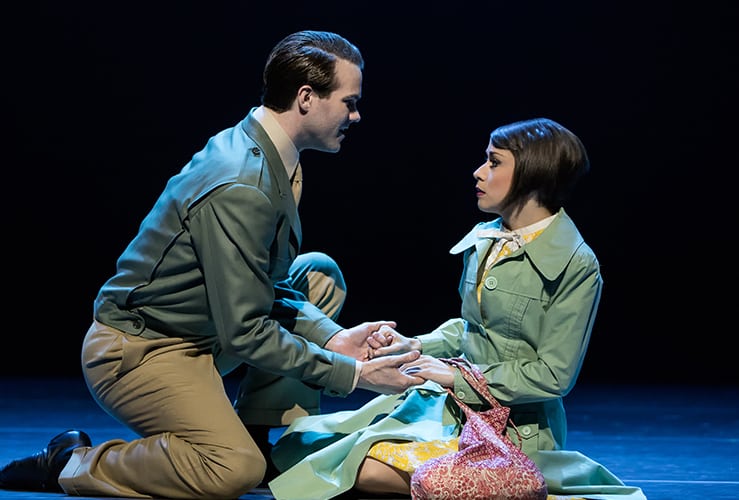 The four time Tony Award winning musical – An American in Paris is coming to Detroit for a short two-week stay. The post-war romantic musical takes you to Paris after World War II and the love story between an GI turned painter and a mischievous local girl. The story is one that will win over your heart, and now is the time to get your tickets! It’s the perfect show for a holiday outing – check out more about the show below!

About An American in Paris:

AN AMERICAN IN PARIS, the most awarded new musical of 2015 and winner of four Tony Awards®, will play the Detroit Opera House for a two-week engagement November 28 – December 10.  Tickets start at $29 and will go on sale Sunday, October 1 at all Ticketmaster locations, by phone at 1-800-982-2787 and online atwww.broadwayindetroit.com or www.ticketmaster.com. Starting Monday, October 2, tickets will also be available for purchase at the Detroit Opera House and Fisher Theatre box offices.

Inspired by the Academy-Award winning film, AN AMERICAN IN PARIS is the romantic story about an American soldier, a mysterious French girl and an indomitable European city, each yearning for a new beginning in the aftermath of war.Directed and choreographed by 2015 Tony Award-winner Christopher Wheeldon, the show features the music and lyrics of George Gershwin and Ira Gershwin, and a book by Craig Lucas.

The score of AN AMERICAN IN PARIS includes the songs “I Got Rhythm,” “Liza,” “‘’S Wonderful,” “But Not For Me,” “I’ll Build a Stairway to Paradise,” and orchestral music including “Concerto in F,” “Second Prelude,” “Second Rhapsody/Cuban Overture” and “An American In Paris.”

The production opened to widespread critical acclaim at the Palace Theatre on Broadway in April 2015 after its world premiere at the Théâtre du Châtelet in Paris. The New York production closed in October, 2016 after playing more than 600 performances.  A West End production of AN AMERICAN IN PARIS opened in March 2017 at the Dominion Theatre.

Performance times for AN AMERICAN IN PARIS appearing November 28 – December 10, 2017 at the Detroit Opera House, located at 1526 Broadway, in Detroit are:

Tickets for AN AMERICAN IN PARIS start at $29 (includes facility fee) and will go on sale October 1 at all Ticketmaster locations, by phone at 1-800-982-2787 and online at www.broadwayindetroit.com or www.ticketmaster.com. Starting Monday, October 2, tickets will also be available for purchase at the Detroit Opera House and Fisher Theatre box offices.For group sales (12 or more) please call 313-871-1132 or email groups@broadwayindetroit.com. Tickets for the Open Captioned performance may be purchased in person at the Fisher Theatre Box Office or by phone at 313-872-1000, ext. 0.  Performance schedule, prices and cast are subject to change without notice.

The SpongeBob Movie: Sponge On the Run Brings Back Fan Favorites in a Fun 3D Movie

You can Bring Home the Complete Twelfth Season of SpongeBob Now!

Pixar Soul is is Coming Home – Check Out the New Trailer Here!

Super Heroes Come in All Sizes in Flora & Ulysses