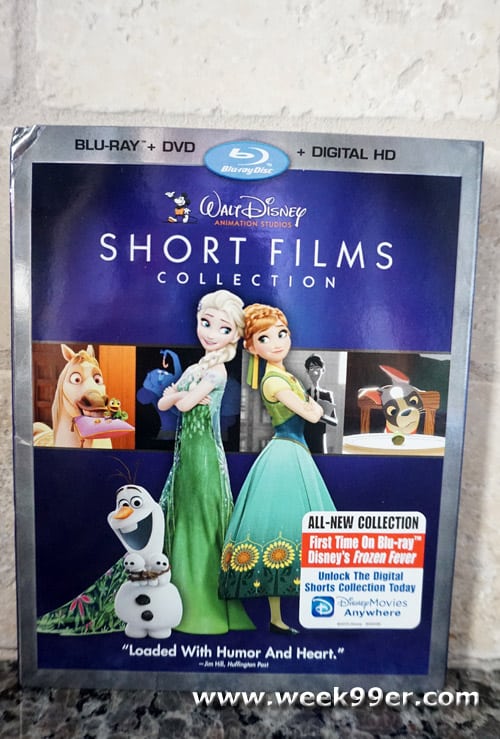 One of my absolute favorite thing about most Disney releases, especially their Pixar releases are the shorts before the movie. Each short animation is it’s own story, and most are filled with comedy, heart and just enough to make you fall in love with the few minute animation. From Frozen Fever to Paperman, the Disney Short Films have even gone on to win Oscars.

Until recently, the shorts were just a special treat that you got in the theater, or in an extra on the DVD. But now Disney has released all 12 of their animated shorts on one Blu-Ray and DVD Collection. We were sent a copy to check out, and besides being able to watch some of our favorites – we were also treated to shorts we had missed in the passed.

Sit back, grab the popcorn and watch your favorite animated short over and over again. You can find Disney’s Short Films Collection online and everywhere today! It has a total run time of 79 minutes.