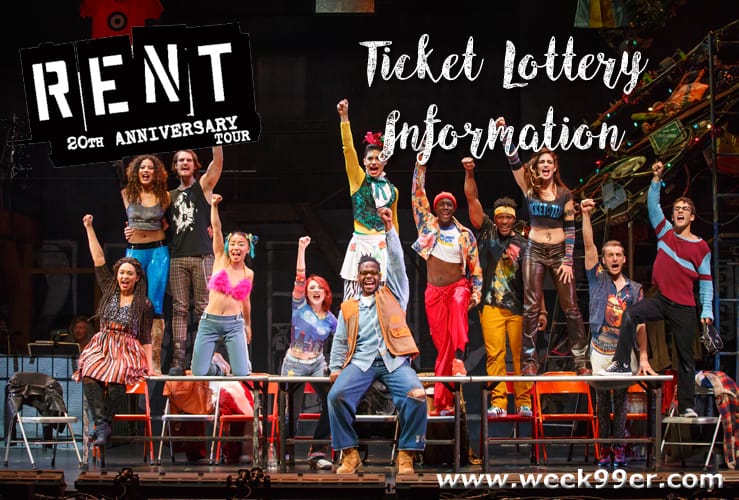 A night at the theater can only get better when you win the ticket lottery! In a couple of weeks Rent will be bringing its tour through Detroit, and for every performance they are doing a ticket lottery increasing your chances to see the show up close and personal, but also at an amazing price. We’ve wanted to see Rent for years and look forward to seeing the show, but can’t believe you can get tickets as low as $20 for the performances! That includes the cost of parking as well – talk about a great way to see the show! See how you can enter the ticket lottery below and we’ll see you there !

About the RENT ticket Lottery in Detroit:

Broadway In Detroit today announced that seats in the first two rows of the main floor will be available for $20 for every performance of RENT, the Pulitzer Prize and Tony Award-winning musical playing at the Fisher Theatre, March 21 – 26, 2017.

Two and one-half hours prior to each performance, people who present themselves at the Fisher Theatre will have their names placed in a lottery drum; thirty minutes later, names will be drawn for a limited number of main floor seats at $20 each, cash only.  This lottery is available only in-person at the Fisher Theatre, with a limit of two tickets per person.  Lottery participants must have a valid photo ID when submitting their entry form and, if chosen, when purchasing tickets.

The tradition of the $20 tickets began in 1996 in New York when the show moved to Broadway after a sold-out run in a small downtown theatre.  The producers of the show are committed to continuing the tradition of offering main floor seats for $20 in each city the show will play.

For more information, visit www.rentontour.net and the Facebook page at https://www.facebook.com/RentOnTour/.