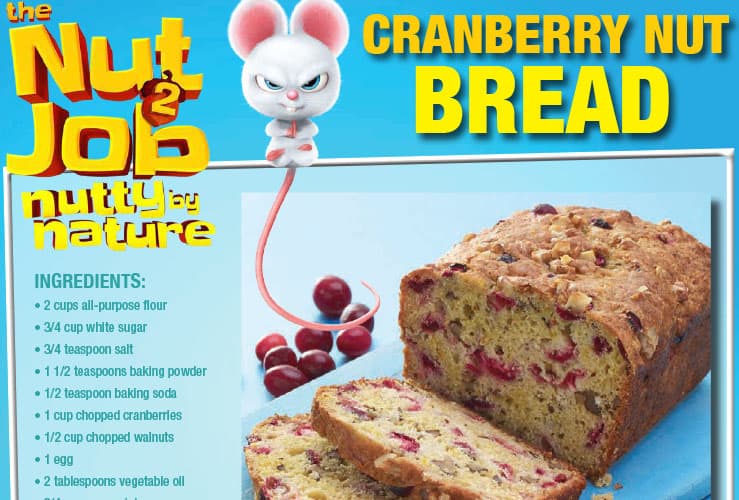 Every wonder how you can get some more nutritious things in your kids meals or snacks? Why not add in some protein packed nuts in their food, and tell them it’s all part of their favorite new movie! Universal Pictures Home Entertainment’s The Nut Job 2: Nutty By Nature is now available on Digital & Blu-ray! To get into the spirit, we have some nut-based recipes suited for the holidays (Sweet, Salty, Spicy Party Nuts & Cranberry Nut Bread)! The recipes are perfect for any holiday party or an addition to any holiday meal. Simply click on the image below to download the recipes and surprise your family with these delicious treats!