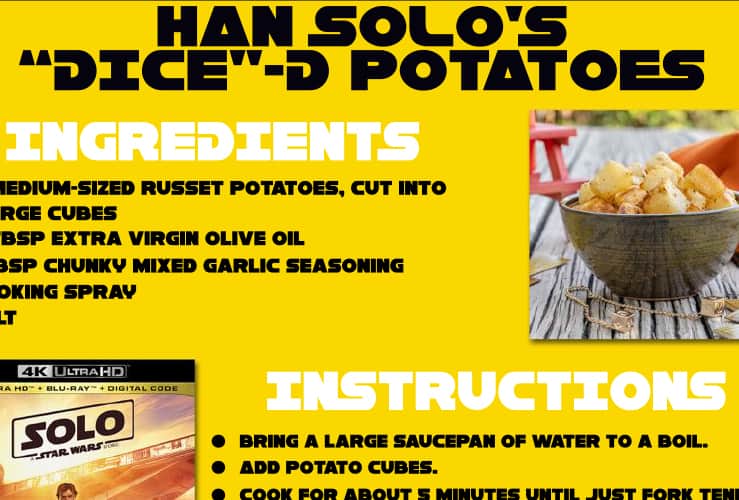 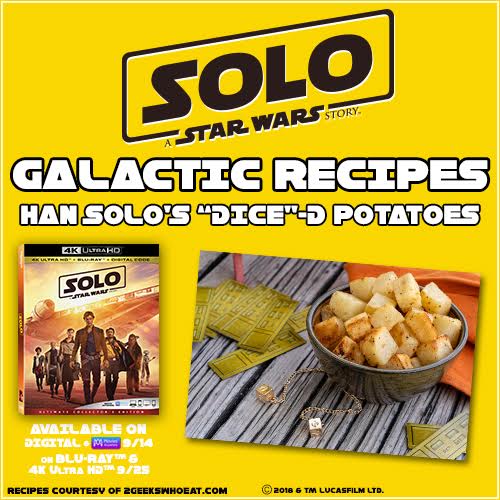 It’s time for an epic dinner with some of your favorite characters. That’s right, Solo: A Star Wars Story is coming home on Blu-Ray and Digital HD, and we’ve got a great recipe to add to your favorite meal. How about some Han Solo inspired “Dice”-D Potatoes? The recipe is simple and easy – and looks absolutely delicious! Fry some up, make your favorite burger and get ready for an epic home movie night when Solo hits Digital HD on 9/14!

Want a copy of the recipe? Just click on the image and save the PDF to print for when you want to make it! Enjoy!

Pre-order your copy of Solo: A Star Wars Story now!