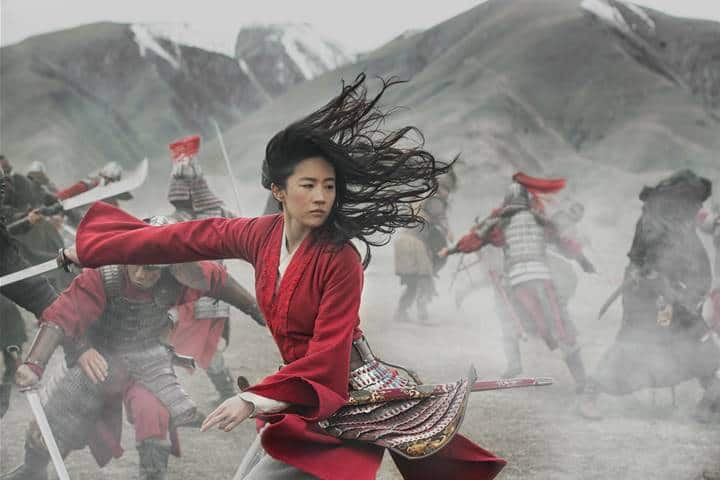 Let’s get down to business – Mulan is now available on Disney+ with Premier access. The early access to the movie requires you to have a membership and does have a $29.99 fee. But you’re whole family can watch the movie as many times as you would like! It’s cheaper than two movie tickets, and you can pause it for bathroom breaks and eat your favorite snacks at home.

We’re so excited to check out the reimagined version of the story of Mulan since the animated movie is one of our absolute favorites. But with this version, and since a lot of families are doing virtual learning this year Disney thought they’d make it even better. Disney has released an Educational Activity Kit based around Mulan and can help teach lessons like family and strength!

One of the best parts, you can download it now to enjoy while watching the movie. Just download and print out as many copies as you want.

Disney presents “Mulan,” a live-action reimagining of the legendary female warrior immortalized in the centuries-old Chinese ballad. Honoring its Chinese roots, the film features an ensemble of ethnically Chinese talent of both established and rising stars.

Acclaimed filmmaker Niki Caro brings the epic tale of Mulan to life in an inspiring, thrilling adventure that follows a fearless young woman as she risks everything out of love for her family and her country to become one of the greatest warriors China has ever known. When the Emperor of China issues a decree that one man per family must serve in the Imperial Army to defend the country from Northern invaders, Hua Mulan, the eldest daughter of an honored warrior, steps in to take the place of her ailing father. Masquerading as a man, Hua Jun, she is tested every step of the way and must harness her inner strength and embrace her true potential. It is an epic journey that will transform her into an honored warrior and earn her the respect of a grateful nation…and a proud father.