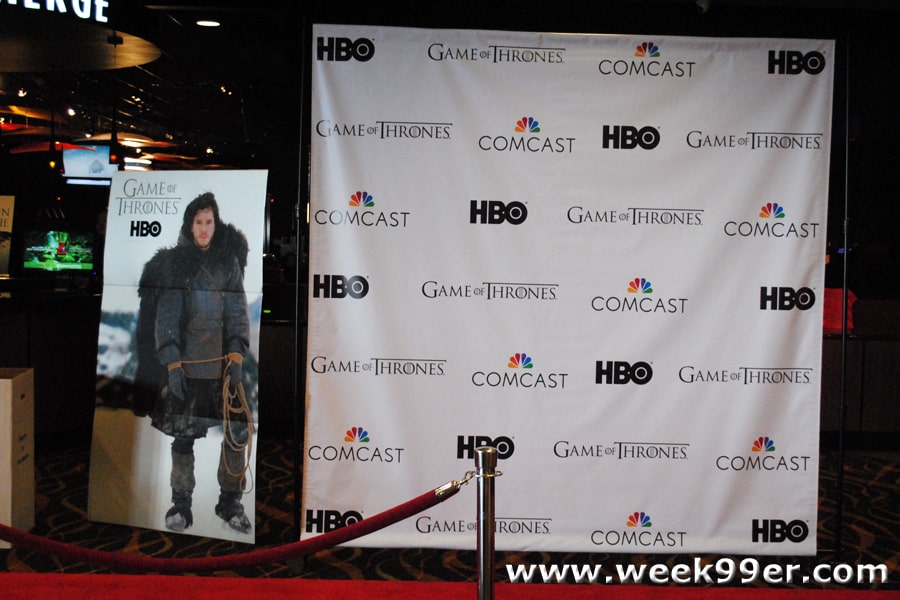 Fans everywhere have been waiting for the Season 4 premier of Game of Thrones. Tomorrow night, their wait is over. Season 4 will kick off with the newest episode on HBO: Two Swords. Fans will rejoice as the the story of the Lannisters, Starks and other noble families continue on.
Note: Small spoilers below but nothing major! 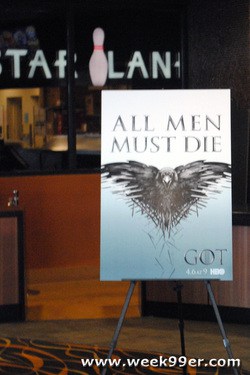 I was invited to the Season 4 premier of Game of Thrones by Comcast. It was a joint party to debut their newest system X1. The red carpet event attracted local news reporters, media guest as well as die-hard fans.

Comcast’s X1 is their newest Xfinity format and available for any home cable service. It allows the home user complete control over their show library as live TV schedule. Similar to other home movie formats X1 allows you to search by genre, name, and even suggests new titles. The new system can look things up while you’re watching your show, or even be controlled with your wireless devices and voice control.

Guest of the event were treated to not only a hands on demonstration of X1, but a Game of Thrones photo booth, some fantastic food and chances to win goodie baskets with Game of Thrones sets and even the dragon eggs! I think they were the most coveted item at the event. In conjunction with the release of the Game of Thrones Season 4 Premier Comcast also held a food drive for Gleaner’s Food Bank and donated 6000 meals to the local charity.

Now the mini spoiler part. I’m going to admit it – I’m not a huge Game of Thrones fan, but my sister and several friends are. They insisted that I attend and tell them all about it. I’m not going to post any major spoilers, because I honestly hate when people do that for me. My unofficial spoiler, that I told my sister as well as others “it’s full of puppies, flowers and kittens”. But if you’re Game of Thrones fan, you know that’s a lie. Season 4 kicks off with blood, nudity and of course a few deaths. The story picks up shortly after the Red Wedding episode and the families dealing with the loss as well as finding new ways to survive. Filled with beautiful scenery, plenty of gore and a bit of eye candy – the new episode wont disappoint a true Game of Thrones fan.