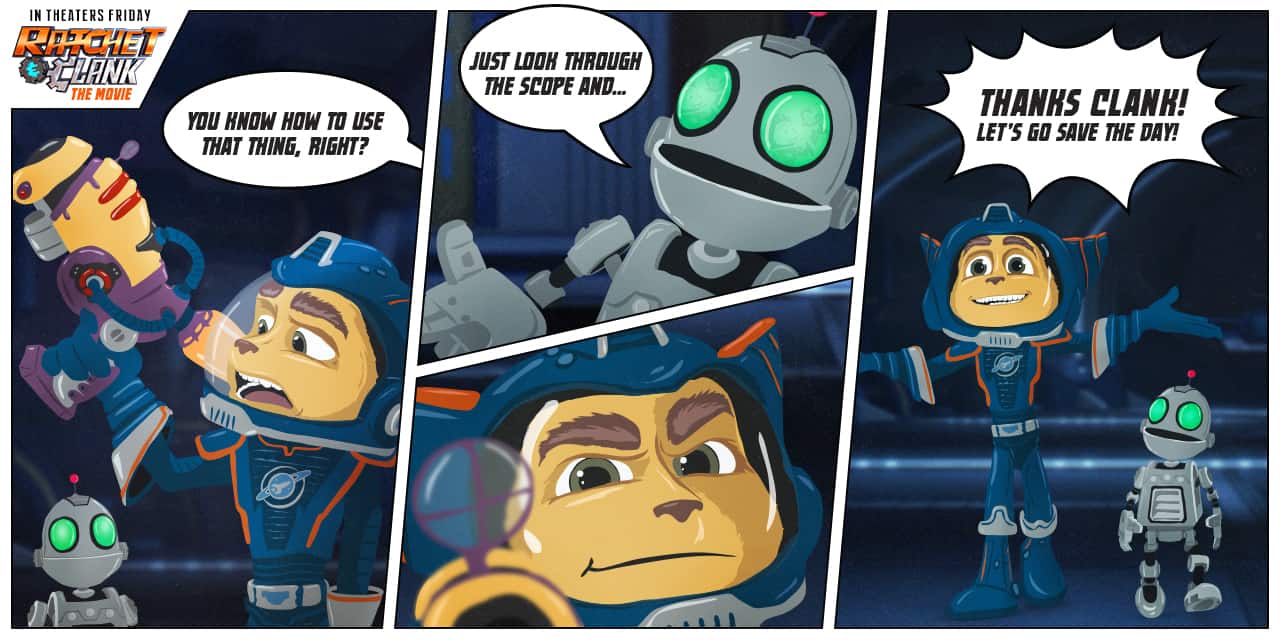 Ratchet & Clank are the unlikely friends that pair up to save the universe in the all new Gramercy Pictures film being released in theaters everywhere tomorrow. Today they released some great new artwork with the characters to help teach kids important lessons. Sometimes artwork is the easiest way to get a message to people, and I have to say Save Your Planet is my favorite of the three! The first one (above) is called “Buddies not Bullies”. You can find the other comic strips below: 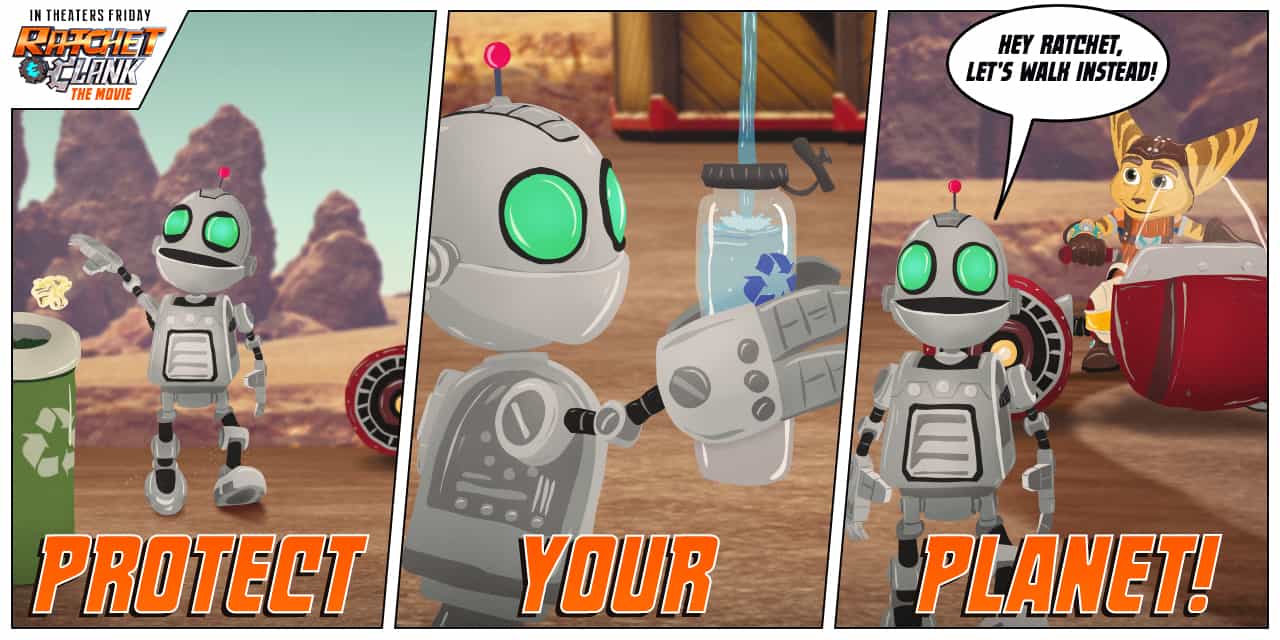 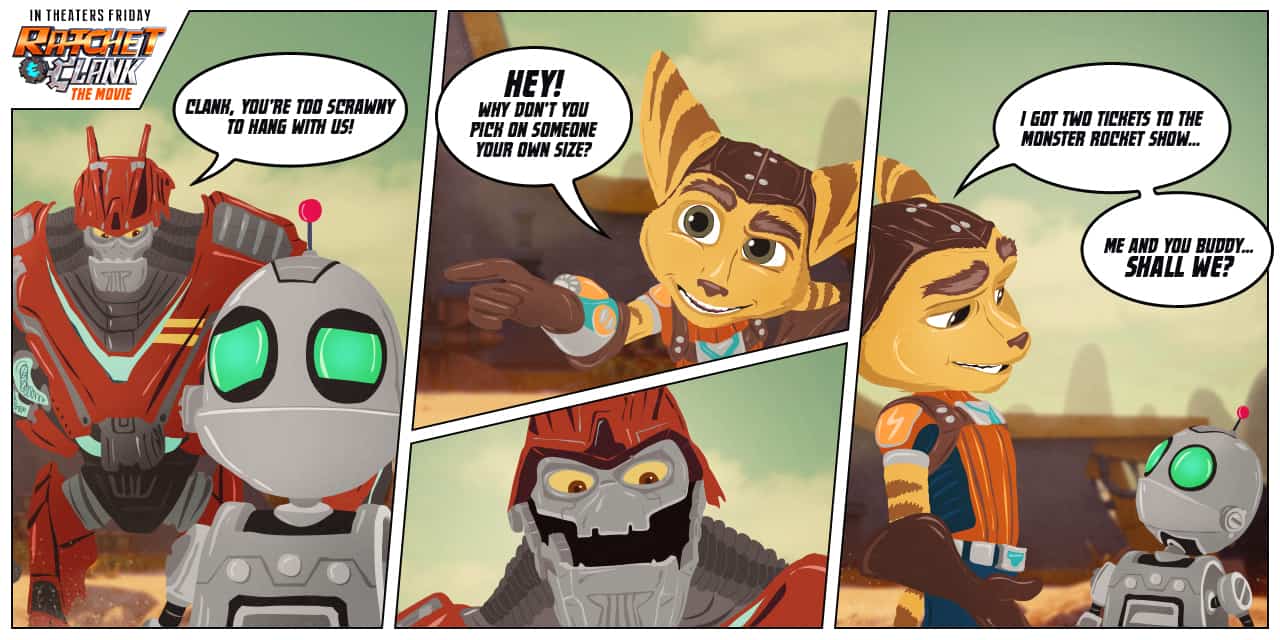 From Rainmaker Entertainment and Blockade Entertainment, Ratchet & Clank is a CG-animated movie based on the iconic PlayStation video game. Two unlikely heroes struggle to stop a vile alien named Chairman Drek from destroying every planet in the Solana Galaxy. Ratchet is the last of his kind, a foolhardy “lombax” who has grown up alone on a backwater planet with no family of his own. Clank is a pint-sized robot with more brains than brawn. When the two stumble upon a dangerous weapon capable of destroying entire planets, they must join forces with a team of colorful heroes called The Galactic Rangers in order to save the galaxy. Along the way, they will learn about heroism, friendship, and the importance of discovering one’s own identity.

Check out the trailer below and see Ratchet & Clank in theaters everywhere tomorrow!