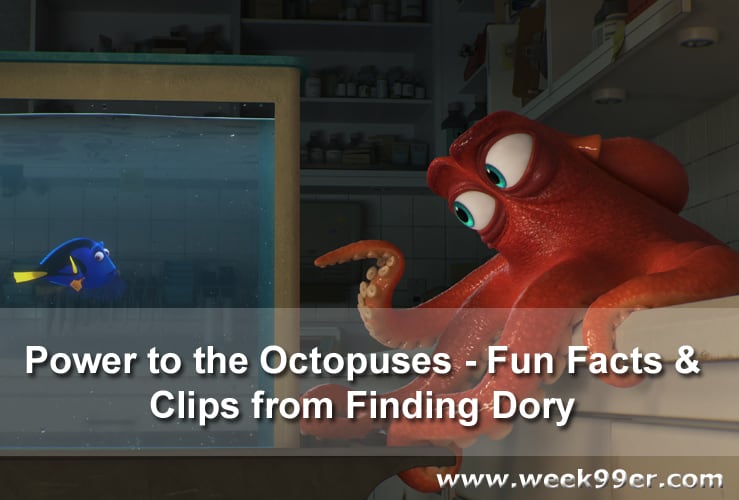 We’ve always been fans of Dory, but I have to say that I fell in love with Hank when we saw Finding Dory. He’s grumpy and kind of reminds you of at least someone in your family. He Octopus was an amazing animation challenge for the artists at Pixar, but the result is nothing short of amazing. Disney and Pixar are sharing some fun facts about Hank and what it took to make him, plus a fun clip below!

Power to the Octopuses Clip:

The summer blockbuster hit, Disney•Pixar’s Finding Dory, swims home just in time for the holidays on Digital HD and Disney Movies Anywhere (DMA) on Oct. 25 and on Blu-ray 3D™, Blu-ray, DVD and On-Demand on Nov. 15.Viewers can watch Dory’s hilarious and heartwarming quest to find her family and continue the underwater adventure with hours of immersive bonus features.