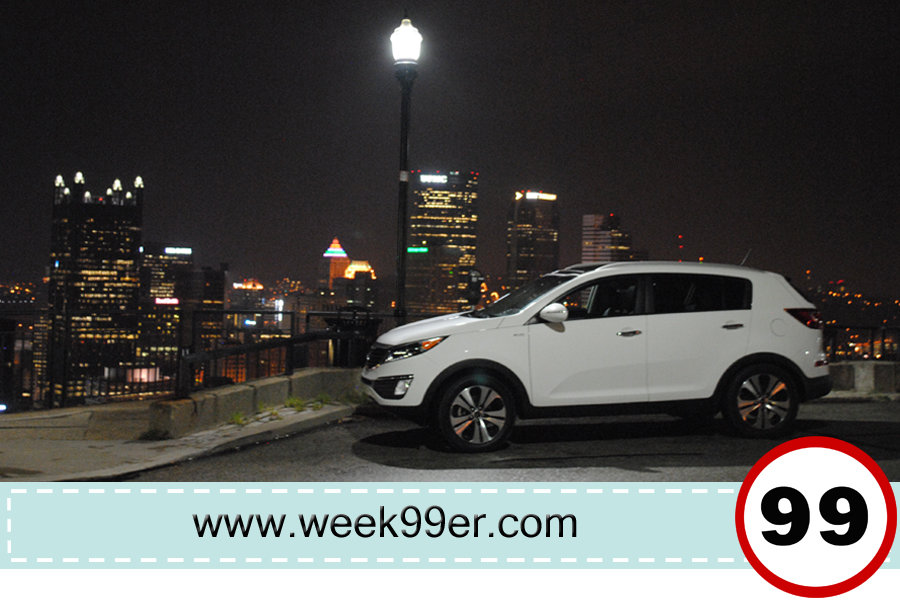 Recently I headed out of town on business. My destination was Pittsburgh, and of course it wasn’t all business. Kia Motors provided me a 2012 Sportage for my trip. It had a lot of the similar features as the 2013 Sorento I reviewed earlier this summer – and for that I was very thankful! The roads of Pittsburgh, aren’t exactly what I’m use to, so some of the newer features on the vehicle came in handy! 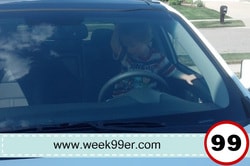 The first critic: my nephew. He’s 3 1/2 and had to “Esplore” my new car. His first comment was that the car was happy – which in fact, the front grill does look like it’s smiling. I opened the Sportage up and let him climb in. I felt more comfortable doing this with him in the Sportage than my own car. Since the majority of the controls are powered and wont work unless the engine is on, he can’t do his magic and turn everything on high within 2 seconds.

Shortly after his time exploring the Sportage he wanted to go for a ride in it. But before I could let that happen, I had to have my Dad test something out. My dad is “old school”, he’s not big on new technology. I had him sit in the drivers seat and said “Start the car”. He immediately reached to turn the ignition switch. Sat back and said “ok, how does this thing work”

The Sportage has the smart push button technology. As long as you have the key in your pocket or purse you can start the vehicle. You simply push the brake down and push the button on the dash. The key must be within a certain distance of the vehicle, it can even be in the back seat to start the car. The same key fob is used to unlock the doors, and when you walk up to the Driver’s side door it will let you unlock just your door or the whole vehicle. One feature I like is if the driver has the key fob and is near the car, someone on the other side of the vehicle cannot unlock the car. This is a great safety feature if you’re traveling alone. 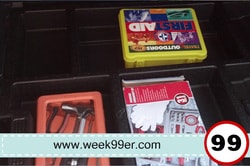 The Sportage is a smaller model than the Sorento, so it does not have as much trunk space. It does feature the privacy bar so you can hide you luggage or your shopping goodies. You even have hidden storage under the floor in the back. Above the spare tire is a foam insert with cut out areas. It was perfect for my road kit, tool set and first aid kit. I don’t go on long road trips without them! This would also be a great place to stash goodies if you’re camping or shopping and don’t want items put out in the open. 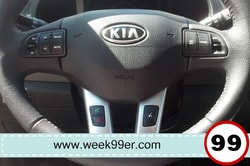 Since Kia doesn’t want you to be a distracted driver, they’ve built most of your controls into the steering wheel. You can change your cruise control, call a friend, use voice command and change the radio or satellite volume. I loved how quick and easy all the buttons were to get to while you were driving. It was one less thing to have to look for to change while driving. One note on this though, don’t balance a cup to get a drink on your steering wheel – you might just call someone :). 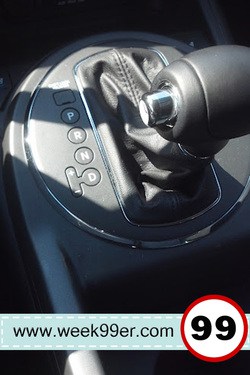 One of my favorite features of the Sportage: You can switch the car into Manual. Now, you can do this in their other models too including  the Sorento. We didn’t play with this when we were driving in Michigan’s Upper Peninsula, we only found one spot we might need it. And I will be honest here, I’ve never learned to drive a stick shift!

But here’s something I learned about Michigan on this trip – we are sure a flat state! We have hills, but nothing like they do in Pennsylvania! We absolutely live in the flat lands.

Our first night we decided to go for a drive in the city, and ended up lost on the “hill”. What they refer to as hill, is in fact – a mountain! Mt. Washington. We made it all the way to the top and were lost. True to any good trip, we used the GPS to look at the road names, but never told it to take us back to the hotel. We were going to find our way back one way or another!

We ended up lost on back residential streets that even my small sedan wouldn’t have fit on. The Sportage barely squeezed through. Some hills were so steep, that we were thankful for great breaking systems! Otherwise the nose would have touched the road below.  Other hills were straight up, and I had to switch into the Manual mode – you simply push the gear shift towards the + and – signs. You can push it up to go up a gear or down to go down a gear. You do have to push it a couple times to go up 2 gears, but this was a great help on those hills!

The roads in Pittsburgh were more challenging than I expected, including a road that does a complete 180 degree curve while you go downhill. I’m glad we had the Sportage for our trips through the area. It took us to the top of two different mountains and to several great sites including the Duquesne Incline, the Gateway Clipper, the Andy Warhol Museum and even Falling Water.

We put the Sportage through a few trials on this trip! It could handle the sharp curves, steep hills and highway driving throughout the trip. It also handled the flat roads of Michigan very well! It was a great car for a business trip, or even a family trip if you have one coming up! 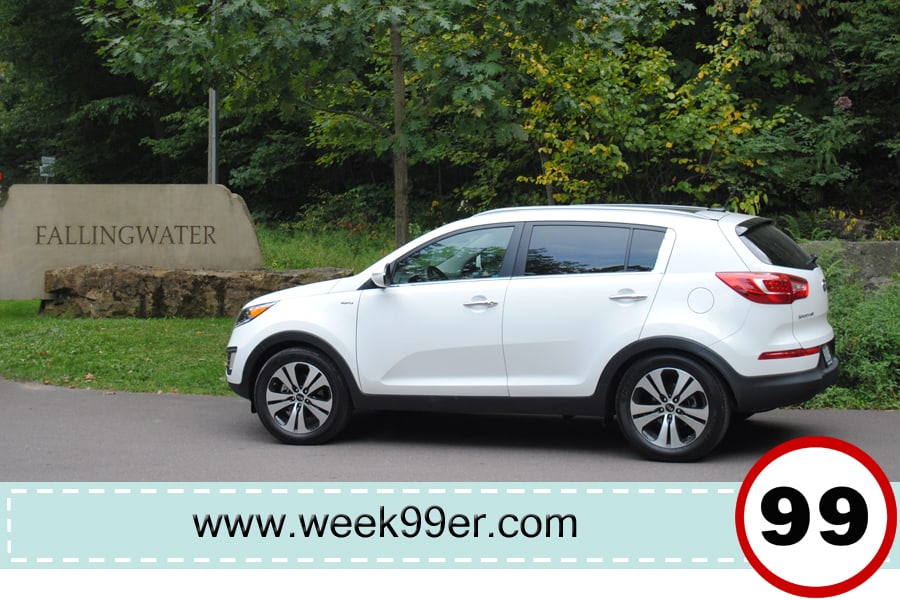