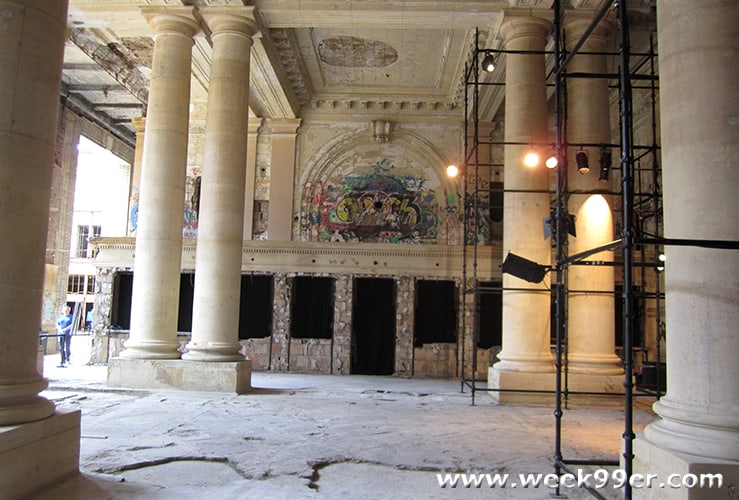 If you’ve ever been to the city of Detroit, or if you’ve seen any documentary about the city – there’s no doubt you’ve seen the large imposing building standing in view. Michigan Central Station, the Beaux Art train station that once was the main connector for Amtrack and other major transportation in the city, was abandoned in 1988 and left to fall into disrepair.

Over the last three decades, the building went from being an opulent welcome to the city once dubbed The Paris of the Midwest to a sign of the blight that consumed areas of the same city. A continuous haunt for urban explorers and with over 90 failed attempts and projects proposed to bring the building back to its former glory, it wasn’t until 2018 when Ford announced its renovation of the space for their technology hub that we actually saw some movement. Following the rebirth seen from the Westin Book Cadillac downtown, the train station has been on a path ever since for a new lease on life.

While the future looks bright for Central Station, the space was once dubbed “too expensive to renovate, and too expensive to knock down” by the city. Instead, the former landlords used the building as a tax write-off while letting the space fall into disrepair and never having intentions to fix it. One thing they did do with the train station, however, was let films be shot in the space – probably more often than we know. The dilapidated interior gave the perfect backdrop for dystopian movies, sci-fi, and much more.

There are two movies that fans may actually recognize the space from. The first is the 2009 version of Transformers final battle scene. When Optimus Prime and Megatron are fighting it out, Sam is told to take the All Spark to the top of the White Building. There are pockets of the movie filmed in both Chicago and Detroit, and if you watch the street signs you can pick up which location is which. But the White Building that Sam is running for is Michigan Central Station, plucked out of Corktown and composited back into Chicago, you can recognize the grand corridor as well as the facade when you watch the movie.

The second movie that Michigan Central makes an appearance in, in a somewhat lesser spot is in The Island. The final car scene whipping through buildings, you can see it in the grand corridor. It’s almost a blink and you miss it type thing if you don’t know what you are looking for. To film this scene, they did have to remove walls from the interior, further sacrificing the structural integrity of the building.

The current construction in Michigan Central Station is currently on schedule despite Covid and other delays. The building and all of the supporting structures, parks, and public spaces are scheduled to open at the end of 2022. Once an eyesore for the city of Detroit, the old train station will have a life again as a public hub and help the future of Detroit grow.