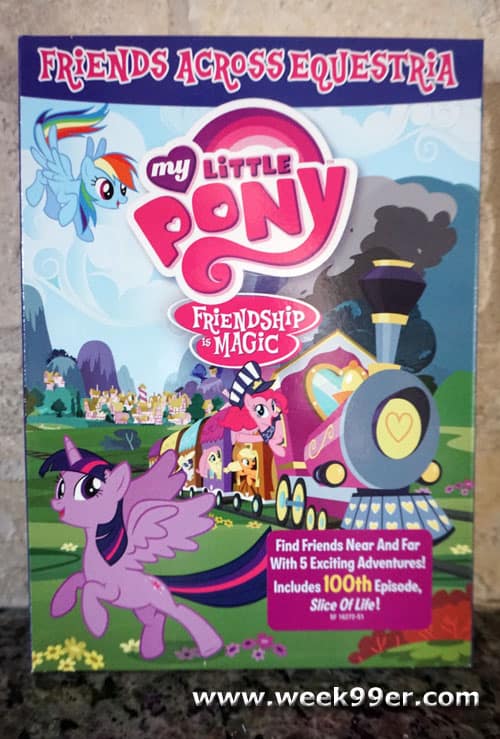 Friends Across Equestria brings back episodes filled with friendship and love. Each episode revolves around lessons that have to do with friendship including that friendships can make it over long distance, and that there isn’t any greater power than the magic of friendship. The episodes have all of your favorite characters like Twilight Sparkle, Applejack, Rarity, Pinkie Pie, Rainbow Dash, Spike and Fluttershy. It’s the perfect addition to your My Little Pony Friendship is Magic collection and one that your children will love.

My Little Pony: Friends Across Equestria is now available everywhere. It has a total run time of 110 minutes, and is rated TV-Y.