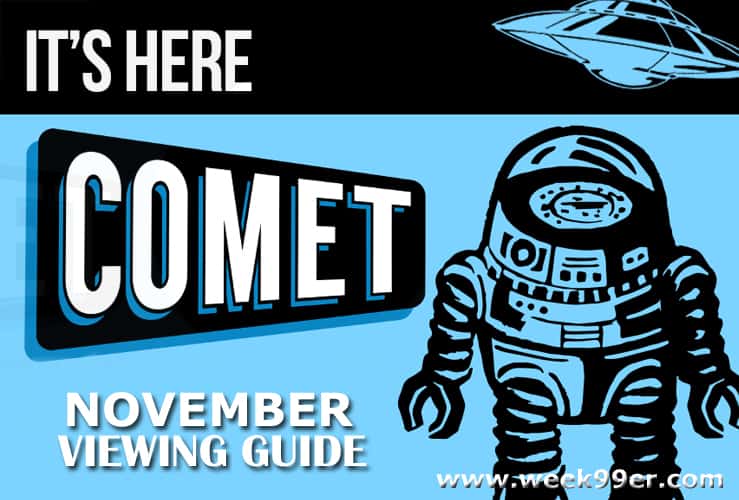 With the first snow flakes falling around us, it’s time to hide in and watch our favorite shows. With so much going on around us, Comet TV is planning on great movie marathons and things to keep us busy while we’re inside and hiding from the snow or other shoppers. We’re looking forward to a great freaky feast and shows to watch with our family – and you can check out the whole schedule of what to expect on Comet TV below!

Thanksgiving Day (November 23, starting at 10A/9C), COMET TV is cranking up the heat in the kitchen with Freaky Feast Movie Marathon featuring Superbeast, The Incredible Melting Man, Howling II: Your Sister is a Werewolf, The Video Dead, The Beast Within and Creature. Tune in for perfect pass-the-cranberry-sauce scenery.

Andromeda
Classic Space Opera is coming to COMET! Based on materials from sci-fi legend Gene Roddenberry, Andromeda stars all action hero Kevin Sorbo as the Captain of the Andromeda Ascendant, a highly advanced ship whose crew is charged with restoring power and stability to the Systems Commonwealth. But, to succeed the Andromeda crew must battle one of sci-fi’s weirdest looking bad guys….the sinister Magog!
Weekdays at 2P/1C and 10P/9C

Stargate: Atlantis
If you thought gate-hopping action was fun in the Milky Way, just wait until you see what it’s like in the Pegasus Galaxy. Stargate: Atlantis sees a team of international scientists unlocking the secrets of a legendary ancient city, discovering a whole new stargate network in a whole new galaxy, and bringing them face to face with the Wraith, a powerful enemy who are best summed up with the term ‘Evil Space Vampires’!
Weekdays at 3P/2C and 11P/10C