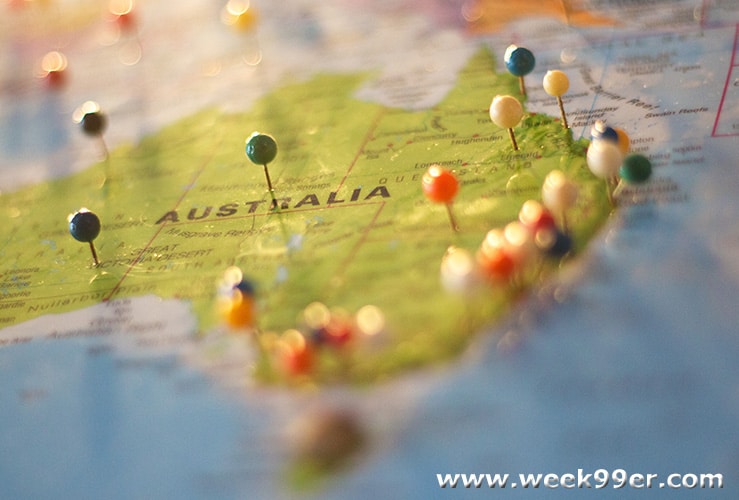 As avid travelers, we’re always plotting and planning our next adventure. And while our trip Down Under may be a while off, we’re looking forward to heading to the small continent that is also it’s own country. But as an American, there are a lot of misconceptions and misunderstandings about Australia and what travelers look at when planning their trips. Here are a few things we found as we were planning a future trip, and they may be helpful as you plan yours. Please let us know if there anything any you would add to this list! Before you travel to any country you should check your misconceptions at the door.

1 – Everything in Australia Will Kill You

This is probably more of a running joke than it is truth. Yes, in Australia they have larger bugs, animals and creatures that we don’t have here. This is partially due to the location and the climate. But the idea that everything will kill you there is, simply ridiculous. If that were the case, no one would live there. We’re not saying that you should go up and try to catch that giant spider, or pet that snake – but just like any other place, a different climate means you need to cautious if you don’t know the species near you.

2 – Everyone Drinks Fosters and Cookies everything on the Barbie

So, this is our media’s portrayal of what you can expect in Australia. This is just as authentic as Outback Steakhouse and their version of Australian food. Each region of Australia is known for different food and delicacies. Don’t go expecting to gorge your on shrimp.

3 – Australia is always hot and nothing but desert

Did you know that Australia has multiple climate zones? Their seasons are the opposite of ours and while we’re enjoying a hot and balmy summer – parts of Australia are coated in snow. We’re use to seeing images of desserts, but we often don’t see the mountains, the rain forest and the life outside of the big cities.

4 -Kiwi and Australians are the same thing

Australia is filled with different nationalities and people, but do not use the term Kiwi and Australian interchangeably. Kiwi is the term for someone from New Zealand. It’s about the same as saying that Americans (from the United States) are the same as Canadians. Yes, we both are from North America, but each nation has it’s own culture.

5 – Australia is a nation of Convicts

Ok, so there is some truth in only the fact that several countries used Australia as their prisoner island during the 18th century. But many of the criminals left after they served their time, and the actual amount of Australians that have any type of tie to this criminal past is extremely low. Well before it was a place for larger nations to drop off their unwanted, Australia had a culture and population of it’s own. Let’s not forget that Australia has a thriving Aboriginal population as well.