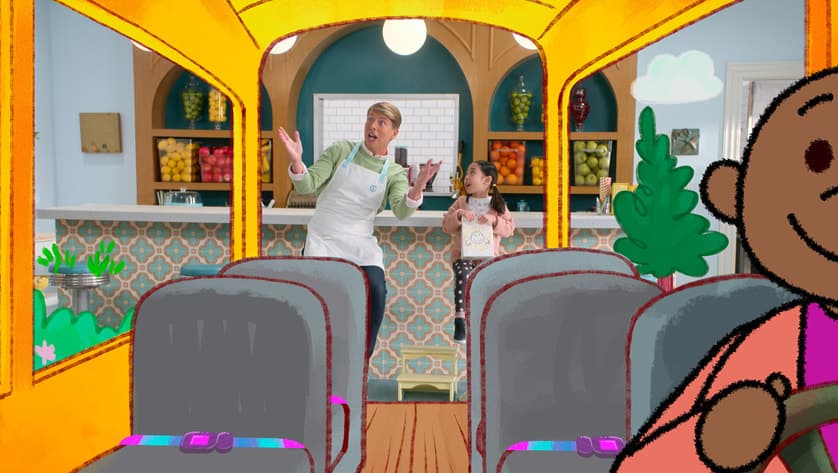 Anchored around Emmy Award-nominee Jack McBrayer’s infectious positivity and whimsical humor, “Hello, Jack! The Kindness Show” invites preschoolers into a world where a little act of kindness can change the world. Alongside series regulars Jack McBrayer, Markita Prescott (“The Marvelous Mrs. Maisel”) and Albert Kong (“Westworld”) who is recurring, special guest visitors include Paul Scheer (“The League,” “Human Giant”) and Sam Richardson (“Veep,” “The Office”).  Jack inspires kids to solve problems with heart. The series showcases stories where acts of kindness are shown through “The Three C’s” – caring, connecting and cascading – from one person to another. The series also features original songs from the Grammy Award-winning band, OK Go.

The latest addition to Apple’s award-winning offerings of premium originals for kids and families, “Hello, Jack! The Kindness Show” will premiere alongside an award-winning lineup of original films and series for kids and families, including “Wolfboy and the Everything Factory” from Joseph Gordon-Levitt, HITRECORD and Bento Box Entertainment; Daytime Emmy Award-winning “Ghostwriter” and “Helpsters” from Sesame Workshop; Academy Award-nominated animated film “Wolfwalkers”; new series from Peanuts and WildBrain including “The Snoopy Show”; “Here We Are: Notes for Living on Planet Earth,” the Daytime Emmy Award-winning television event based on the New York Times Bestselling Book and TIME Best Book of the Year by Oliver Jeffers; and, upcoming series “Fraggle Rock” and “Harriet the Spy” from The Jim Henson Company. To date, Apple has inked overall deals with some of today’s most trusted franchises in kids and family programming, including Sesame Workshop and Wildbrain (Peanuts); as well as a multi-year partnership with Skydance Animation to deliver groundbreaking, premium animated films and first-ever theatrical-quality animated television series to kids and families.

About Hello Jack! The Kindness Show:

Jack is one of Clover Grove’s most thoughtful and caring residents, greeting everyone with kindness and humor. His ability to spread compassion, creativity, and imagination inspires everyone in town to do the same.