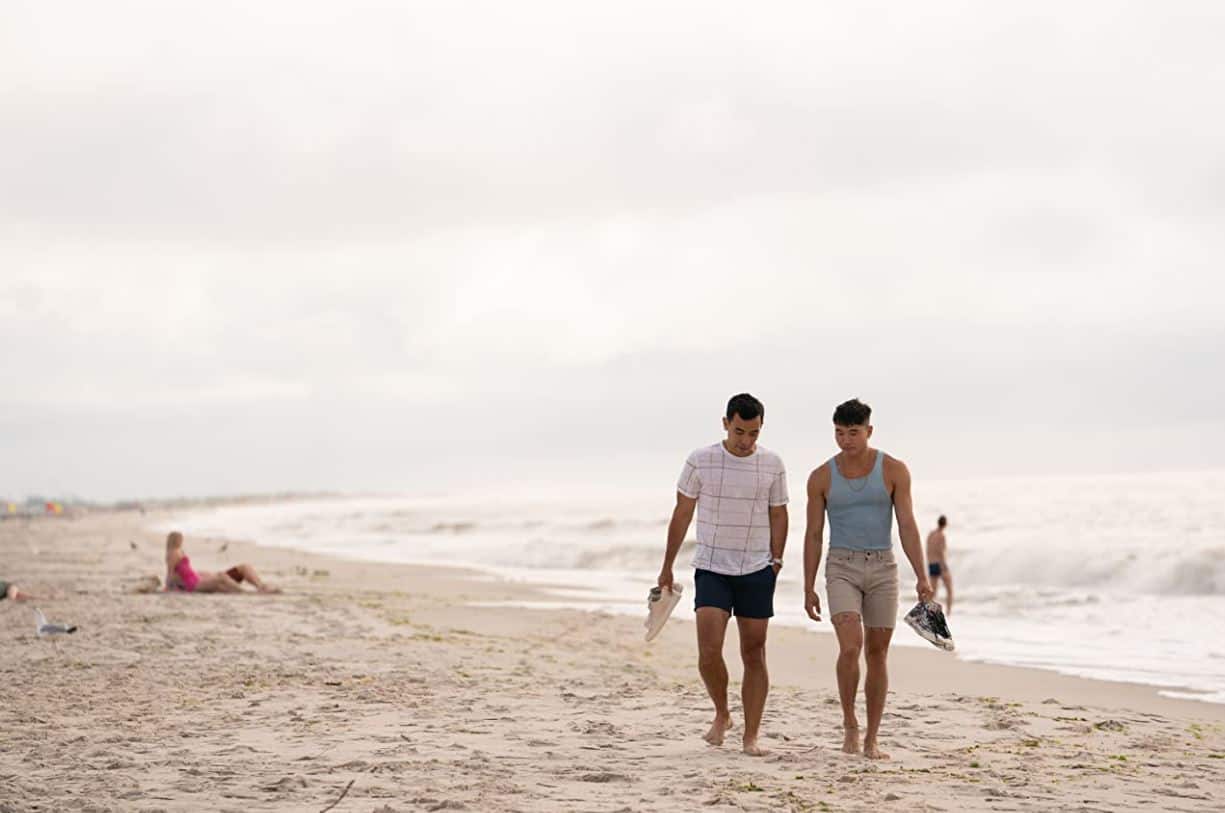 This year as Pride month kicks off, there’s a perfect LGBTQIA movie hitting theaters. Fire Island is a mix of a love story, a moment in time, and a coming-of-age story all in one film. With a group of friends who have created their own family from their bonds, head to Fire Island in New York for the annual tea dance – they have a week they won’t forget as they make new friends and their own friendships are questioned as well.

While Fire Island does follow traditional movie tropes like the central love story is between two people who initially hate each other, it doesn’t fall for the ones we often find in Gay or Lesbian films. You don’t have the Gay main character in love with their straight best friend, or that is being outted just for a storyline. There’s no doubt that each and every character in the movie is part of the alphabet mafia, and has embraced their true self before the story even starts.

Instead, the movie focuses on friendships, what family can mean to others, and even how friendships can even change over time. It encapsulates a moment in time for these friends, but at the same time shows the importance of community and how some things are prevalent in every friend group or social group.

Is Fire Island the perfect movie, or even one that shows what the LGBTQIA experience is like? Not at all. At times the movie actually seemed to drag some and the story got a bit lost along the way. But even with that, it is nice to see a movie that didn’t go with every Hollywood trope of what a Gay person is splashed on the screen. It showed just like sexuality and love, it’s a spectrum and despite the movie’s flaws, brings an entertaining story to the screen.

Fire Island is streaming on Hulu this Friday.

Set in the iconic Pines, Andrew Ahn’s FIRE ISLAND is an unapologetic, modern day rom-com showcasing a diverse, multicultural examination of queerness and romance. Inspired by the timeless pursuits from Jane Austen’s classic Pride and Prejudice, the story centers around two best friends (Joel Kim Booster and Bowen Yang) who set out to have a legendary summer adventure with the help of cheap rosé and their cadre of eclectic friends.