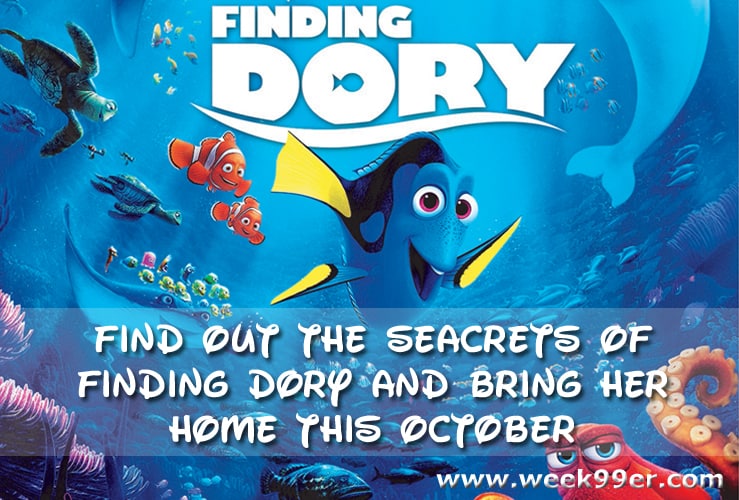 Everyone fell in love with Dory in Finding Nemo, but the love for this fun character only grew this summer when Finding Dory hit theaters. The movie takes you on the adventure of not only locating Dory who went missing on her quest to find her own family. You meet new characters, go to new places and of course fall in love all over again with Dory, Nemo and Marlin. Disney announced the release of Finding Dory for later this fall on Blu-Ray, DVD and Digital HD for Disney Movies Anywhere.

If you haven’t seen the movie you can read our full review here. We’re so excited to see our favorite characters, both new and old come home to be part of our family this fall, as well as check out all of the bonus features they’re loading the Blu-Ray and DVD with!

Did you know there are hidden Sea-Crets in Finding Dory? Check out the bonus features about the hidden Easter Eggs below!

Read more about the at home release:

The summer blockbuster hit, Disney•Pixar’s Finding Dory, swims home just in time for the holidays on Digital HD and Disney Movies Anywhere (DMA) on Oct. 25 and on Blu-ray 3D™, Blu-ray, DVD and On-Demand on Nov. 15. Viewers can watch Dory’s hilarious and heartwarming quest to find her family and continue the underwater adventure with hours of immersive bonus features.

Finding Dory will be released on Digital HD on October 25th and Blu-Ray and DVD on November 15th, preorder your copy now! Visit the official FINDING DORY website,Facebook,Twitter, Instagram, Pinterest and Tumbler.