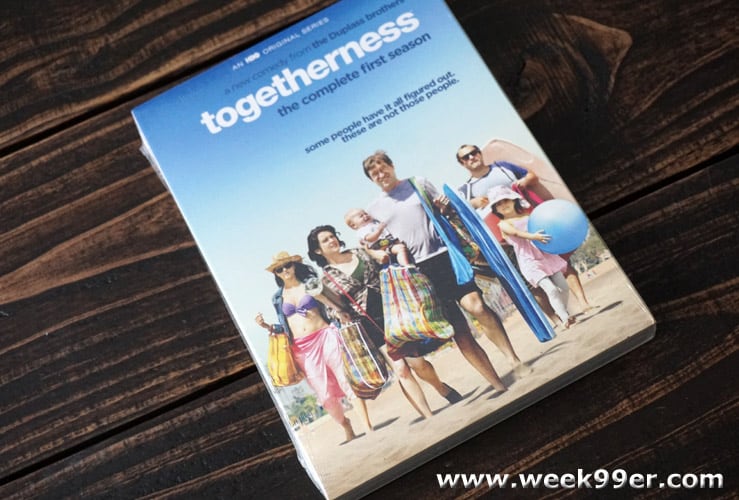 When you’re young, there’s this misconception that adults have their lives completely figured out. As we get older, we know that’s a joke and really we’re all trying to make the best of what’s happening around us. It’s because of this HBO has released their original show Togetherness, a comedy featuring four adults living together trying to figure out what they’re doing in their lives.

We were sent the complete first season of Togetherness, and I have to say at first I didn’t know what to expect. The show features some actors I’ve followed and have loved in other shows for years like Melanie Lynskey, Amanda Peet, Mark Duplass and Steve Zissis. The show takes you through their relationships, life and struggle as they all near forty and try to make it work. Life is easier working together, and this comedy written by the Duplass brothers will hit home. We found the show relate-able, funny, and one that we can’t wait to see where it goes in it’s now second season.

The Complete First Season of Togetherness is available on DVD online and everywhere. The DVD set contains all eight episodes as well as bonus features including: Inside the Episode, Amanda & Steve and deleted Scenes. Due to some of the material the show covers it is rated 13+ and the set has a total run time of 240 minutes.