The Civil War is considered one of the darkest times in our nation’s history, and at the same time it is one of the most fascinating. Families were divided, a nation at war and the results would change the face of the world that many people lived in. The war itself is something that we are all taught about in our general education, but it seems that the lessons may be a bit different if you live in the north or the south. To this day, reenactments happen ever year surrounding the battles that made up the war, and there are monuments about the men who fought in it. 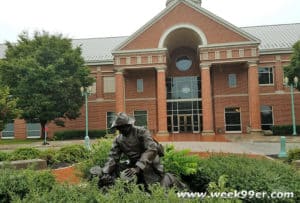 Growing up, half of our family road trips always surrounded visiting battlegrounds from sites of the Civil War. So much so, that it is is almost ingrained in me to stop off and see them when on the road. I’m not sure if it’s the general fascination about the War, the locations or the history itself. But in 2001, in partnership with The Smithsonian, the National Civil War Museum opened in Harrisburg, Pennsylvania. The museum is one that takes a look at both sides of the war, with an unbiased eye and pays homage to the men that fought on both sides of the war. 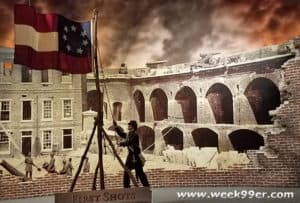 The National Civil War Museum has a simple mission:

The only museum in The United States that portrays the entire story of the American Civil War. History is preserved in equally balanced presentations that are humanistic in nature without bias to Union or Confederate causes 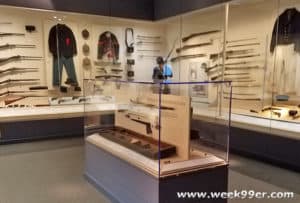 Throughout the museum you will find displays of both Union and Confederate flags, uniforms, weapons and even stories. You can watch a movie that portrays view points from men, women, slaves and others who were alive during this period and told their stories. You can see the different types of transportation, artifacts and more that helped the soldiers through the war. 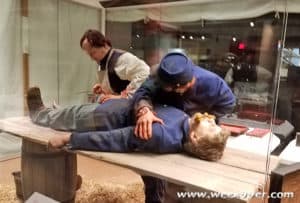 Since the topic of any war is hard to portray without showing any violence or blood and gore, be prepared to find some exhibits that may be hard to see. From mock medical procedures, shackles that were used on slaves and even depictions of what it was like on the battlefield. But all of these displays are done tactfully and within a historical context. While they may not be something you would want a younger child to see during their visit, it is a great conversation starter on the topic of what has changed and why those changes are necessary.

We appreciated the dedication to the history of the Civil War, the balanced narrative and even the scope of the collection. It may have been the time of day we were there, or the season, but we were the youngest people touring the museum and that, we thought, was a travesty. If you’re in the area, take the time to visit the National Civil War Museum, because history forgotten or ignored is only destined to repeat itself.